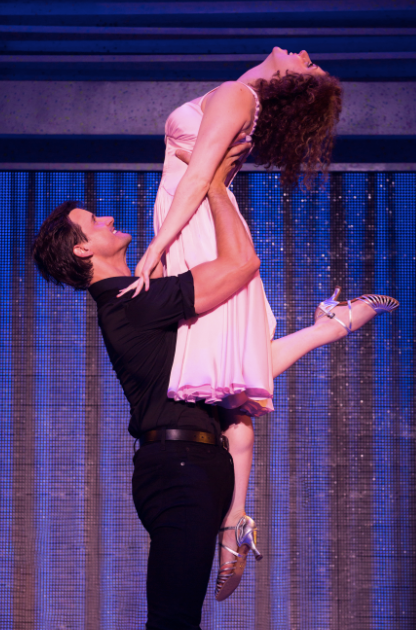 Dirty Dancing – The Classic Story On Stage, based on the hit 1980’s film, premieres in Austin November 11 – 16, and it’s a must-see event. The staged musical of the smash-hit movie will play at Bass Concert Hall, presented by Lexus Broadway. It is an unprecedented live experience, exploding with heart-pounding music, passionate romance and sensational dancing. Seen by millions across the globe, this timeless love story features the hit songs “Hungry Eyes,” “Hey Baby,” “Do You Love Me?” and the heart-stopping “(I’ve Had) The Time Of My Life.” London’s Sunday Express says “This crowd-pleasing stage adaptation hits the jackpot!”

In the play’s story, it’s the summer of 1963, and 17-year-old Frances ‘Baby’ Houseman is on vacation in New York’s Catskill Mountains with her older sister and parents. Mesmerized by the racy dance moves and pounding rhythms she discovers in the resort’s staff quarters, Baby can’t wait to be part of the scene, especially when she catches sight of Johnny Castle, the resort’s sexy dance instructor. What is bound to happen? Passions ignite and Baby’s life changes forever when she is thrown in to the deep end as Johnny’s leading lady, both on-stage and off.

Dirty Dancing – The Classic Story was first performed at the Theatre Royal in Sydney, Australia in November 2004 before embarking upon a hugely successful tour of Australia and New Zealand. A new production opened at the Theater Neue Flora in Hamburg, Germany in March 2006 where it broke records for achieving the highest advance in European history. The production began performances on London’s West End in October 2006 with an £11 million advance and went on to become the longest running show in the history of the Aldwych Theatre. It closed in July 2011 in advance of a two-year UK national tour and then returned to London for a strictly limited season at the Piccadilly Theatre.

Here are more details so you can get your tickets now…

WHO: Lexus Broadway in Austin at Texas Performing Arts

WHAT: Premiere of “Dirty Dancing – The Classic Story On Stage”

TICKETS: Start at $30. Tickets are available at http://www.BroadwayinAustin.com, the Bass Concert Hall box office, all Texas Box Office Outlets, by phone at 512. 477.6060. For groups of 10 or more, call 877.275.3804 or email Austin.groups@broadwayacrossamerica.com