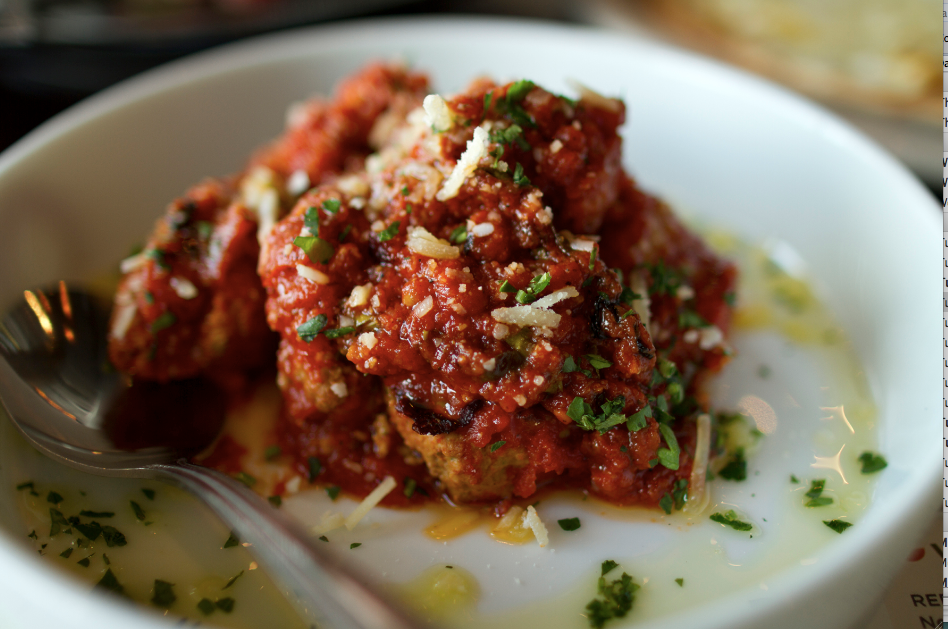 (Photo: Cuisine from Due Forni)

Austin has never had much of an indigenous Italian population, hence the scarcity of great Italian food in the region beyond a very few local restaurants. So, leave it to the Las Vegas cuisine scene to bring authentic Roman and Neapolitan pizzas and cuisine that features imported Italian ingredients – and style - to the Capital City with its new Due Forni Pizza & Wine in Austin’s historic Littlefield Building at Sixth and Congress. Formerly the site of high tech boom favorite, Louie’s 106, the restaurant and wine bar is the brainchild of University of Texas at Austin alum Alex Taylor and Chef Carlos Buscaglia, who made a name for himself as a rising star in the Las Vegas culinary world. The pair founded Due Forni and opened the first location in Las Vegas in 2011, with food critics and the community lining up to savor the fare.

After achieving success serving the highest quality of food at accessible prices in Las Vegas, operating partner Taylor knew the next expansion for the brand would be Austin. For Taylor, who received his MBA from the McCombs School of Business, and then went on to serve as Food & Beverage Director at Las Vegas’ Wynn Resorts’ Encore and Mandalay Bay, the new location is a homecoming. “Austin is becoming the most noted culinary city in the country,” said Taylor. “I’m proud to be bringing this concept we created to a place we love and consider our adopted home town.” He will reside in Austin with his wife and children, while still remaining heavily involved with the original location, while his brother Russell Taylor manages it from here. “We want this to be a special part of downtown and we certainly want to become a favorite of the community,” stated Russell Taylor on our visit there recently.

We learned that Due Forni is one of the only upscale restaurant concepts in America to offer authentic Roman and Neapolitan pizzas utilizing two separate custom Napolitano ovens and imported Italian ingredients to appeal to both types of pizza connoisseurs. How cool is that? It seems that traditional Neapolitan pizzas are baked at 900 degrees for no more than 90 seconds, producing a light chewy crust with a crisp exterior served browned and bubbly with slightly blistered edges. The Pizza Romana style features a thin and crispy crust with a light crackly texture that is accomplished from baking at 500 degrees for three minutes. The ability to satisfy a range of preferences is made possible because of the dual bespoke ovens, or due forni in Italian, set to the different temperatures. One of the best parts? The restaurant screens vintage Italian films as well as “spaghetti westerns” from the 1960’s, too, which are muted and viewed tastefully placed high-definition monitors above the pizza ovens.

The innovative dining model extends beyond gourmet pizza, utilizing the pizza ovens and varying cooking techniques in place of other traditional kitchen equipment to turn out entrees such as scallops, rack of lamb, duck, wild salmon and pastas. The menu is made complete with a prime selection of hot and cold appetizers, charcuterie, cheeses and inventive desserts. Due Forni utilizes authentic imported ingredients across all dishes, such as bufala mozzarella from Campania, San Marzano tomatoes from the hills surrounding Mount Vesuvius and blue label Prosciutto San Daniele. Every bite of everything we ate, from the polenta to the pizza to the beef carpaccio and the desserts, were amazing.

The restaurant features a substantial wine selection spanning Italy, California and other up-and-coming regions from around the world, while Enomatic wine dispensers offer 40-plus outstanding, limited production wines by the glass. We tried a glass with each course, perfectly paired. Also, the cocktails take a creative turn, guiding guests through the feeling or style of the drink rather than categorizing by spirit, encouraging drinkers to step out of their comfort zone and try something new.

Carlos Buscaglia will oversee the culinary operations of both locations. Prior to opening Due Forni as Chef Partner, he made a rapid rise to the role of Executive Chef at Fiamma inside the MGM Grand. Buscaglia learned traditional Italian recipes and a rustic Italian cooking style from his grandmother and mother in the family’s Italian deli in Buenos Aires, Argentina before later working under James Beard Award-nominated chef Michael White.

“The expansion of Due Forni to Austin is a natural one,” said Buscaglia. “Similar to Las Vegas, Austin is a culinary town; one that celebrates great flavors and a warm and welcoming dining experience.”

Sean Zirkle will serve as Executive Chef of Due Forni Austin and has been with the brand since the opening of the restaurant’s first location in Las Vegas. Aside from working with Buscaglia and White at Fiamma, Zirkle spent six years with famed chef Emeril Lagasse at MGM Grand and also served on the culinary team of Mandalay Bay.

Due Forni, the casually sophisticated café, feature an atmosphere that is unique and infused by sight, sound and smell that celebrates a warm, aromatic focal point within the space.