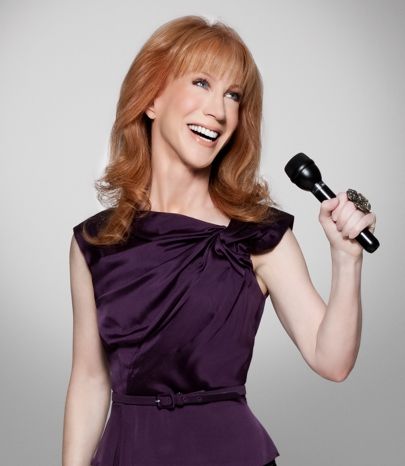 Bravo’s favorite comedian, Kathy Griffin, performs at the Long Center in Austin on November 22, in her swing through Texas that will land her in the Guinness Book of World Records. At her San Antonio show on November 24, the Guinness representatives will honor Griffin with the title for “Most Stand-Up Specials by a Comedian.” Now, that’s a record.

The 53 year-old funny lady tells us that she’s “humbled by the honor and can’t wait to set the award next to my Schmemmy’s and forthcoming Grammy Award.” Griffin has been nominated for five Grammy Awards, but has yet to take one home. Maybe 2014 is her year.

In addition to her stand-up specials, Griffin’s TV credits include the Bravo reality series, My Life on the D List, for which she earned two Emmy Awards, a regular role on Brooke Shields’ sitcom, Suddenly Susan, and numerous guest appearances on shows such as ER, The X-Files and Seinfeld. She’s also appeared in movies and on Broadway in her show, Kathy Wants a Tony. This time around, Kathy has more stories, more dish, more of what she shouldn't say but you know you want to hear. Come with an open mind and laugh until you cry. She’s better than “Cats.”

Tickets are available at TheLongCenter.org or by calling 512. 474.LONG (5664). So, what are your waiting for? Get your tickets and be prepared to laugh the night away.