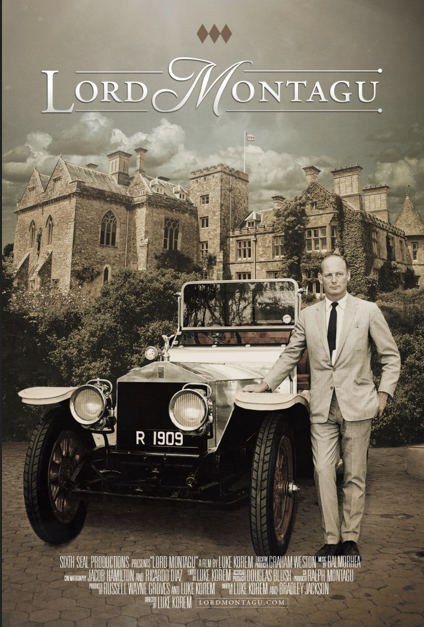 What is it really like to be born to the manor and live a controversial and public life? All is revealed in the new documentary, Lord Montagu, an eponymous look at the world of a man in another time, who is also timeless. The directorial debut of Texas-based filmmaker Luke Korem, who also co-wrote and co-produced the film, will be an insightful look at a world that no longer exists and the fights one man had to make to be his true self.

According to the film’s handlers, Lord Edward Montagu was born into history with a rich and privileged life, but with privilege came the great responsibility of preserving his family's noble heritage and their large estate. After becoming the youngest Member of Parliament, he faced a post-war economic depression that nearly crippled England's aristocracy. Boldly, he decided to open his family's home to visitors thus creating a new tourist industry now known as the "stately homes business." His reputation and estate once again faced ruin when Edward became the focus of a national sex scandal and even served time in jail making him the most infamous aristocrat of the time. Always refusing to give up, Edward Montagu fearlessly persevered to become one of England's most prominent and esteemed aristocrats.

How can you see it? It’s debuting in Austin at the Stateside Theater, Feb 9th at 7pm. Doors open @ 6:30. For tickets, go to: http://www.austintheatre.org/site/Calendar?id=36721&view=Detail. The official trailer is at https://vimeo.com/61097048 and the film’s website: http://lordmontagu.com