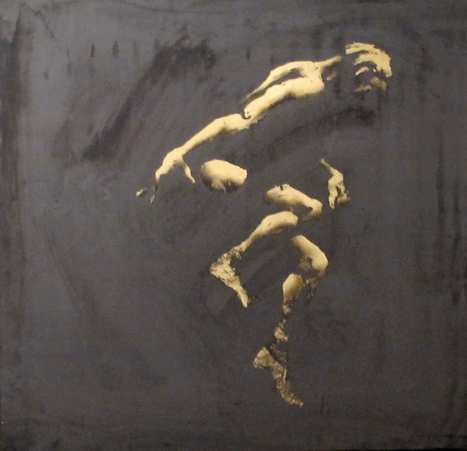 Texan artist Matthew Broussard will exhibit his current works at Galleria Tornabuoni in Florence, Italy. Commedia: New Works on Steel will show from Thursday May 15 to Sunday June 8. For those of our Texan socialite readers who will be vacationing in Firenze this spring, Broussard’s exhibition is a must-see.

Galleria Tornabuoni opened its doors in Florence in 1956. The gallery has held interest in modern and contemporary art, hosting renowned artists such as Capogrossi, Braque, Magritte, Marino Marini, De Pisis, and Sironi. The primary concept of Galleria Tornabuoni, as intended by its founder Piero Fornaciai, is to alternate and integrate both historic and emerging artists. Fabio Fornaciai has managed the gallery since 1980 and he continues to work with commitment and enthusiasm, presenting works of the most influential artists while also introducing new artists like Broussard.

Commedia: New Works on Steel is an appropriate title for an exhibition in the birthplace of Dante Alighieri—divine narrator of the human theatre who offered paintings born from a series of attentive observations of reality rendered through ambiguous narrative. These narratives, accompanied by polyvalent titles which encourage multiple readings, play upon tensions between ambivalence and clarity, allowing viewers multiple points of entry.

The images, explored and interpreted in multiple versions, address the status quo and its prosaic moments, painted in a manner that is realistic and direct. Broussard’s use of color is sparing if not completely absent, whether relying on the relationship of the calligraphy of chiaroscuro coupled with the reflection of the gold leaf, or with the stark use of white enamel applied over an evocative, almost lucid steel plate.

For info or inquiry, email info@galleriatornabuoni.it and