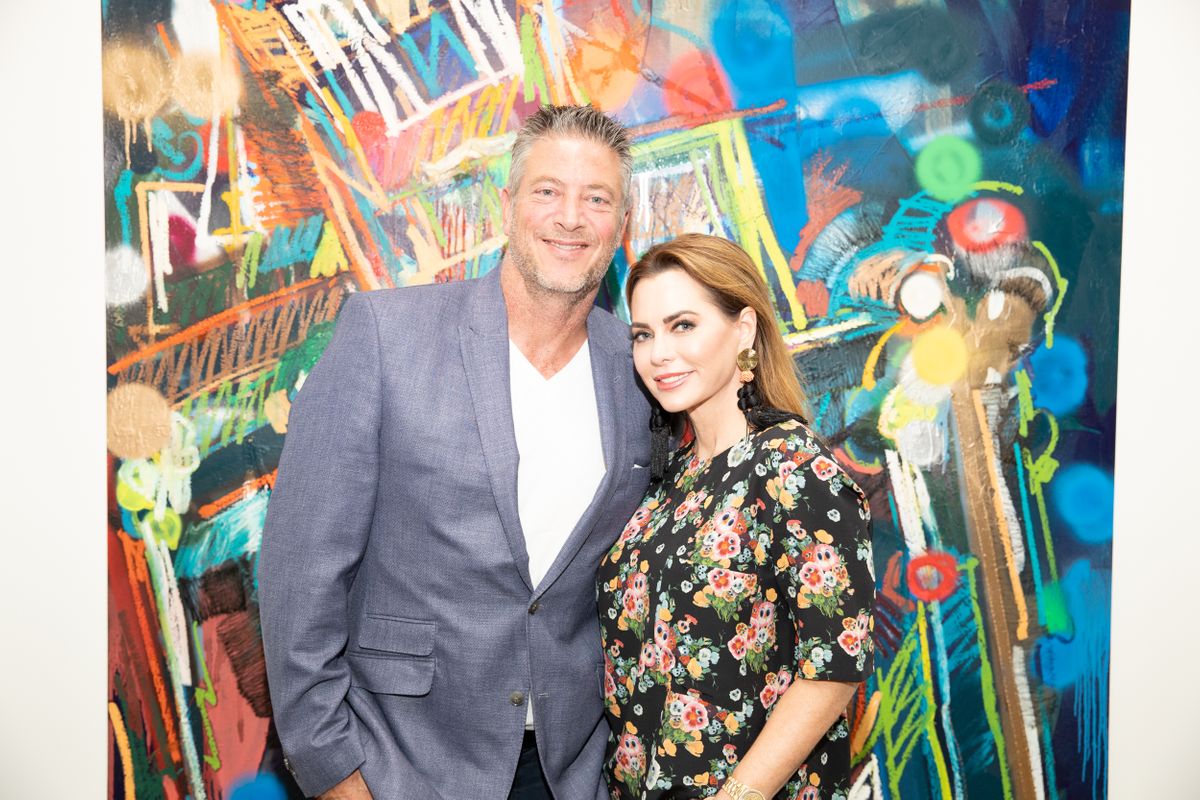 ART IS AS ART DOES

We love a great art gallery showing, don’t you? The Goss Michael Foundation Gallery in Dallas was the recent setting for an evening of art, culture and conversation. The opening of the Goss Michael Foundation’s, known as GMF, latest exhibit, featuring the works of acclaimed artist Marquis Duriel Lewis, known by his many fans as RETNA, drew over 200 of the most notable art patrons in the Dallas area including GMF Co-Founder Kenny Goss, GMF Executive Director Joyce Goss, Real Housewives of Dallas stars D’Andra Simmons, Kameron Westcott and Fida Lewis, mother of Marquis Duriel Lewis.

During the course of the evening, the contemporary-chic crowd sipped on rose wines courtesy of Chateau D’Esclans while enjoying the works of the artists located in three separate galleries inside the GMF space. The exhibit features a host of contemporary, abstract pieces many of which featuring bright colors as vibrant as the patrons on hand to experience the art on view. This allowed for conversation to flow as freely as the Rose with each having their own unique takes and inspirations of the art that was on view.

Patrons who attended event supported the Goss Michael Foundation gallery in Dallas, which supports and showcases contemporary artists based in the United States and the United Kingdom. The show, presented by The Goss-Michael Foundation in partnership with Artrinity, has been curated by Max Trowbridge, co-founder and director, Artrinity. To book a private tour of the Marquis Duriel Lewis (aka RETNA) exhibit, on display through Saturday, November 9th visit g-mf.org.