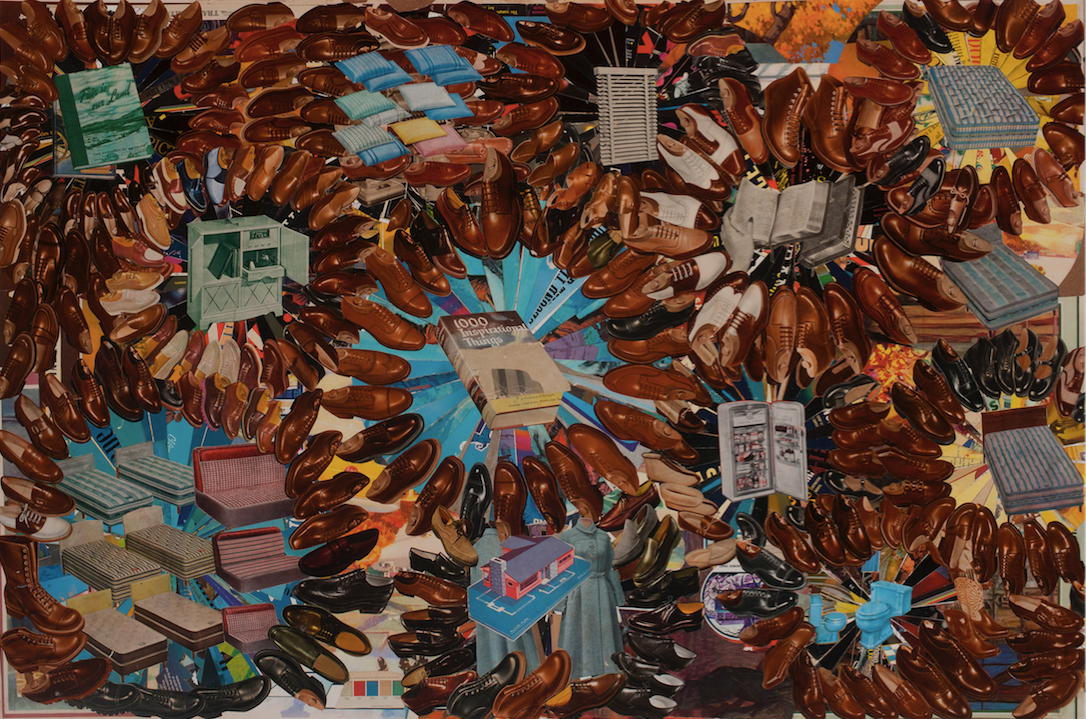 (Photo: One Thousand by Lance Letscher)

How cool is it that the upcoming feature documentary, The Secret Life of Lance Letscher, directed by Sandra Adair and co-produced with Karen Bernstein, is about an artist at work who is changing the world with his art. “Lance is an amazing character; thoughtful, witty, articulate, and driven. His pieces are very complex and his process is fascinating!” says the filmmaker Adair. Academy Award-nominated and award-winning film editor Sandra Adair has partnered with award-winning documentary filmmaker, Karen Bernstein, to document his process in preparing for two major paper exhibitions as well as his process in creating a metal collage for a popular and culturally definitive public space in Austin.

The creative process for a meticulous artist like Lance Letscher is a story worth telling. He is a fascinating person, who lovingly and patiently builds a collection of found object materials for his pieces, which he then compiles into a beautiful composition based on association of color, shape and theme to create a new way of seeing old, forgotten things. He loves the art of the hunt and searches rare bookstores, old 1940s store catalogues, children’s books and used bookstore dumpsters, along with any other place that provides a wealth of odds and ends to compile a supply of components for his work.

His handcrafted approach presents an implied juxtaposition to the technology-dominated world of modern life. For this large-scale public art installation, the filmmakers will capture Letscher as he transitions to working in a new medium. The filmmakers will follow him across Texas on his quest to collect materials and he’ll guide us through his selection and combination methodology, while he shares with us his thoughts on creativity and intuition.

We love that Letscher’s work is often compared to the geometric patterns and details found in quilt making, which he has cited as an inspiration for his style. The installation piece will require him to revisit his sculptural roots as an artist and bring his collage form into three dimensions, exploring beyond his familiar territory. He’s an artist who is invigorated by the challenge of a new form and we are anticipating an engaging and inspiring piece of work for the Austin community to enjoy, and a documentary that will educate and entertain generations to come.

For more information on this exciting documentary, visit: http://www.bitly.com/LanceDoc