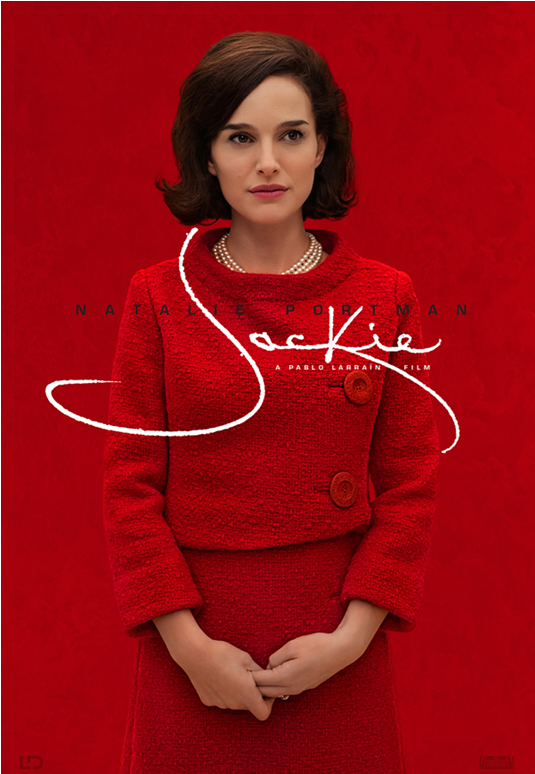 BEING JACKIE: HOW THE NEW FILM “JACKIE” BLENDS HISTORY AND DRAMA

Named one of the top five films of the year by The Guardian, we were a tad skeptical upon screening the new film, Jackie, from Fox Searchlight Pictures. That skepticism did not last beyond the opening scene of Natalie Portman’s chillingly accurate star portrayal of Jacqueline Kennedy in 1963 just weeks after her husband, President John F. Kennedy, was assassinated.

With the film’s action being told to a Look journalist in a flashback narrative, (which really happened with Theodore White, fictionalized in the film by Billy Crudup), the viewer is catapulted into the web of the Kennedy’s high-flying presidential and political world. Portman’s turn as Jackie is represented with her very breathy enunciations that mirror the breathless world in which she became an instant and iconic symbol for the new, young Jet Set.

Portman’s thoughtful portrait of post-JFK Jackie Kennedy is palpable – her grief is as wide as the Atlantic, from where she hailed, and as deep as any despair of anyone who has loved and lost. We’ve seen many depictions of the 35th First Lady, yet this Jackie is captured in both public moments as a stoic role model for how history will remember her, and in her private ones of almost inconsolable grief. At one point in the film she stops to reflect and play the theme song to Camelot, which encapsulated the Kennedy White House years. Her poignancy, while trying on glamorous outfits of past, happier times with President Kennedy in the wee hours of the morning in her White House quarters, brings to life the character who had witnessed immense tragedy firsthand.

As a woman who had to be tough as nails during this very public show of grief at a youthful 34, Portman is mesmerizing, especially as we see her marching behind JFK’s casket, in her waist-long vail that reveals everything and nothing simultaneously, as well as when we see her breakdown on Air Force One late in the day of the assassination. It, like the rest of the film, is interspersed with juicy flashbacks that include the First Lady’s TV tour of the White House, quality moments with her children and insightful occurrences with her staff, the Kennedy family and Lyndon Baines Johnson, amounting to a particularly touching portrayal of the multi-faceted woman who was once the most famous and photographed of them all.

For any Kennedyphile, and anyone who wants to see history personified in a very personal movie, Jackie is the one. Run, don’t walk to see this stylish film now since it will surely sweep the awards season upon us.