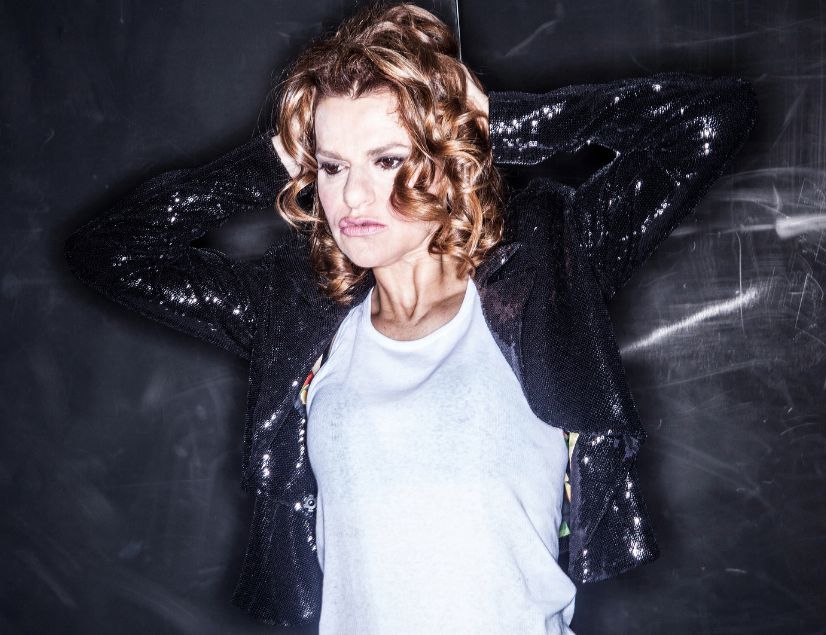 She’s back in the saddle. The comedy saddle, that is. SANDRA BERNHARD, famed performer, author, actress, and former star of the hit television sitcom Roseanne, will perform two shows at ZACH’s Topfer Theatre on Tuesday, Oct. 22, as part of TOP Concerts at ZACH —an exciting musical series featuring top Broadway, film, and television stars up close and personal Tuesday, October 22nd at 7 and 9:30 p.m. We love her and cannot get enough of her comedy.

SANDRA BERNHARD, comedian, actress, and singer who has written and performed in numerous provocative one-woman shows, starred in critically-acclaimed films and television shows including “Roseanne” and “The Kings of Comedy;” authored three books, and recorded several albums. Bernhard is "funny, foxy, super smart, and slightly mad" (WCBS), with a "voice that swoops from the bluesy basement to a top-floor falsetto." (Los Angeles Times)

In her own one-of-a-kind live show, “Sandyland,” that sharply blends theatre, rock-n-roll and stand-up with a little burlesque and cabaret.

Sandra’s live, in-your-face performing combines her insight, outspoken views and outrageous mouth, along with her band, The Flawless Zircons. Her brilliant unity of hilarious diatribes on the state of modern culture and classic rock attitude burns smart, still having all the raucous energy of youth.

The New York Times described Bernhard as a “living, breathing bonfire” and applauded her one-woman performance as “an angst-driven, foul-mouthed, poison-laced joy ride that banks and careens frenetically through the worlds of fashion, celebrity, rock, and religion.”