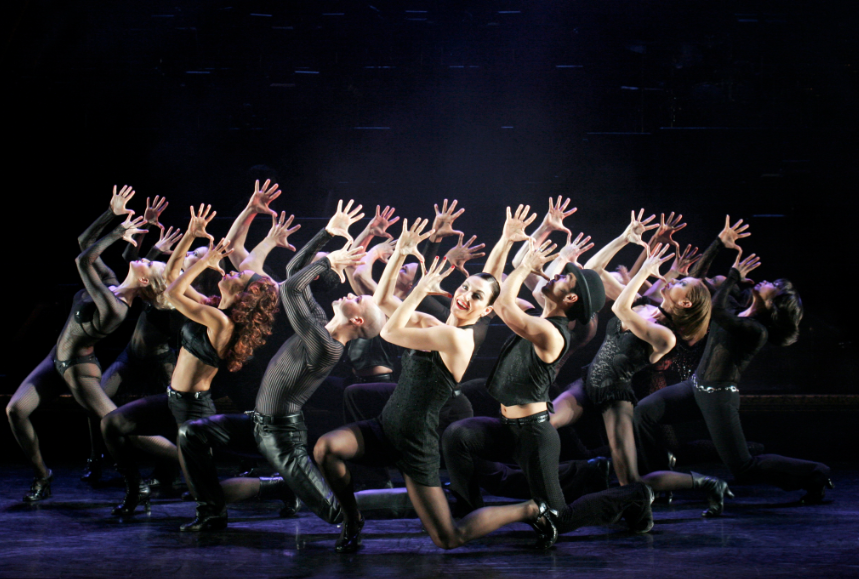 It’s almost here. The hit musical Chicago is coming to Austin soon… on Nov.19 -24, 2013 brought by Lexus Broadway In Austin at Texas Performing Arts at Bass Concert Hall. Starring John O’Hurley, his stunning Terra C. MacLeod is set to steal the show in Austin as a triple threat: singer, dancer, and actress. She stars as Velma Kelly and has played the role of Velma Kelly around the world, from Broadway to the West End in addition to a myriad of other roles she has conquered in her career. She is, without a doubt, a seasoned veteran who will sing, dance and act her way into your hearts. We caught up with Ms. MacLeod about her upcoming performance in Chicago…

What first attracted you to this role?

I had seen the revival in 1996 and was very drawn the women of Chicago. They were so striking, sensual and their dancing was just impeccable. I always knew I wanted to be a Fosse dancer. I thought to myself if I could embody a role that It would be a dream come true. I love Velma's drive, ambition and heart. I never saw her as a dark character to play as she has so many layers to her journey in the show. I was also attracted to a role that some actresses who I have admired for years had played. Chita Rivera and Bebe Neuwirth, for instance. They are the real deal. I have such respect for the women who have walked in Velma's shoes. It’s really a timeless role and what drives this character pushes me as an actor each and every night.

Is it difficult to play a femme fatale or is it fun?

Oh, I love it. (She smiles) I don't think I ever approached her a femme fatale, per se. Just as a woman with a sharp point of view and someone who makes herself heard. It's really interesting to hear other people's perspective on her because in playing her I see a vulnerability in her as well and I think I protect that aspect about her. Hence why I think she can come across as a force to be reckoned with. When deep down inside she is just protecting herself. I have always said it's like peeling back an onion with Velma. One layer at a time and we learn something else about her.

What is the hardest part about acting in a highly revered musical like Chicago?

People have an idea in their mind of what to expect when they come to see the "live" version as most have seen the movie. So already they have a vision in their head. When they see the simplicity in the Broadway production I think it takes them a minute to take it all in. That the dancing, singing, lighting and very minimal set tells the story is enough. Don't get me wrong I love the movie and I think it's truly a beautiful film. It's unique to be up there on that stage as its just "us" the players in the story with some lighting, and live band on stage with us. I also think keeping the integrity of the show is something I always want to preserve. To make it fresh and new every night and give the audience the show for the first time. It has been around for years now as we are going into our 17th year. There is a responsibility in keeping the show new and fresh and I take pride in that.

Are you a natural dancer since so much dancing is involved in the role?

I love to dance. The bottom line is that it is always been in my blood. I can’t remember a time when I haven't danced. I studied my whole life to get to this place and I am still trying to perfect my technique and style. With Fosse I never feel the work is done. I am still after all these years finding the nuances and subtleties. That is the love of dance for me.

What is it like to work with such a large ensemble cast?

I feel very fortunate to share the stage with this particular group of dancers and actors. They love being up there and I can feel their energy and passion dancing with me every single night. Velma's numbers are mainly solos with the exemption of "Hot Honey Rag" and the opening number "All that Jazz". That is where we all come together. It is a great way to start off the show and the other players on stage with me are people who I have been doing the show with for years on and off. The chemistry and trust is already there. I feel very lucky to be up on stage with each and every individual. To make this show work everything has to come together from the crew, to our great stage management and company manager to the cast. When all the pieces of the puzzle come together... a little piece of magic happens.

We think that Terra MacLeod is magical herself. To learn more about her visit http://www.TerraCMacLeod.com and for ticket information visit http://www.BroadwayinAustin.com or call 512.477.6060. So, what are you waiting for? Run, don’t walk to see Chicago.