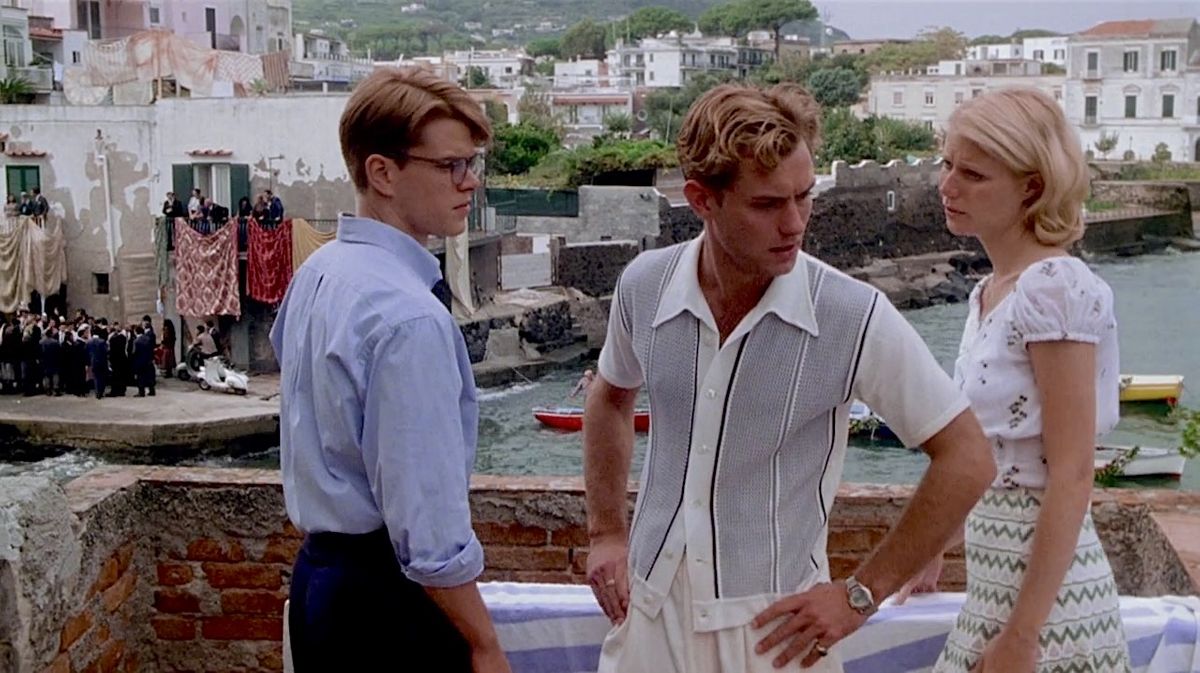 Sure, it’s considered one of the most stylish films of the last 50 years and we couldn’t agree more. One of the most talked about films of 2000 when it was released in late 1999 for Oscar competition, The Talented Mr. Ripley, going on twenty one years old now, has come of age. It competed with other stylish films the same month it was released: Anna and The King and The End of the Affair.

It’s the stylish, brisk, and nonchalant pace of the film, set it Europe, that gives it the edge of a being a true thriller. With murder, mayhem and yes, lots of affairs set in the 1950s, it’s one of our favorite style films of the 2000s, and it holds up remarkably well. In fact, most of the clothes the stars Matt Damon, Jude Law, Gwyneth Paltrow, and Cate Blanchett with their innate classic elegance could be worn this very minute. La dolce vita indeed.