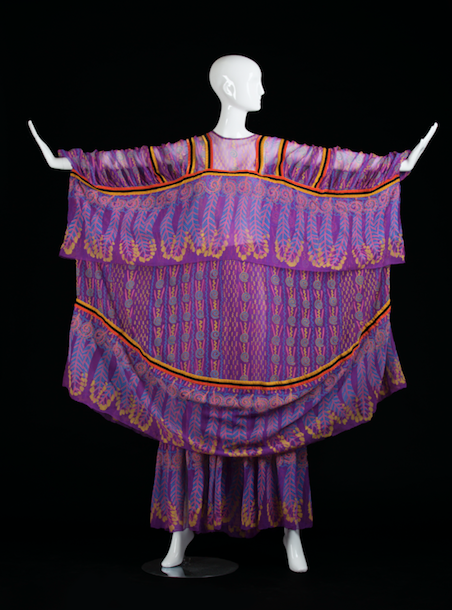 The 70s are back...in a big way. Look at current media attention to the decade with series like I’m Dying Up Here on Showtime, This Is Us on NBC and the recent Vinyl on HBO. It’s a major trend and some of the pop cultural movement...in fact, the Galleria Dallas is hosting an exhibition of fashion from the 1970s called Night Fever: Fashions from Funk to Disco. It opens on September 20, 2017 and will feature over 75 authentic garments and accessories from this iconic decade. How chic is that?

Curated by Dallas-based Ken Weber of Vintage Martini, the exhibit will feature a diverse collection of American, French, Italian and Japanese couture designers, including work by Halston, Bill Blass, Oscar de la Renta, Stephen Burrows, Giorgio Sant’Angelo, Hanae Mori, Yves Saint Laurent, Chloe and Roberto Cavalli. Many of the garments will be on loan from the University of North Texas College of Visual Arts and Design Texas Fashion Collection, which is one of the world’s most acclaimed fashion collections.

Following the success of their 2016 exhibition, Decadence – Fashions of the 1920s, Galleria Dallas wanted to continue educating visitors on historical fashions and how they have inspired designers in what we wear today. “The 70s are really so much more diverse than people realize,” shares Ken Weber. “While everyone is quick to identify the disco-inspired fashions of Studio 54, it is important to remember that fashions were also influenced by the Vietnam War as well as the women’s and gay liberation movements.”

Guests will enjoy seeing how fashion evolved during this era through the eyes of designers and made famous by the decade’s iconic social scene including Cher, Bianca Jagger, Jerry Hall, Liza Minelli, Farrah Fawcett and Diana Ross. “This era of fashion was revolutionary in many ways,” notes Galleria Dallas Director of Marketing Martha Hinojosa. “This is probably the first full decade where women wore pants in all aspects of their life. Bright colors are everywhere and ethnic flavors surged with Moroccan themed capes and Hungarian peasant blouses. We are so excited to bring this collection to Galleria Dallas and share the vibrancy of this iconic era in fashion with our community.”