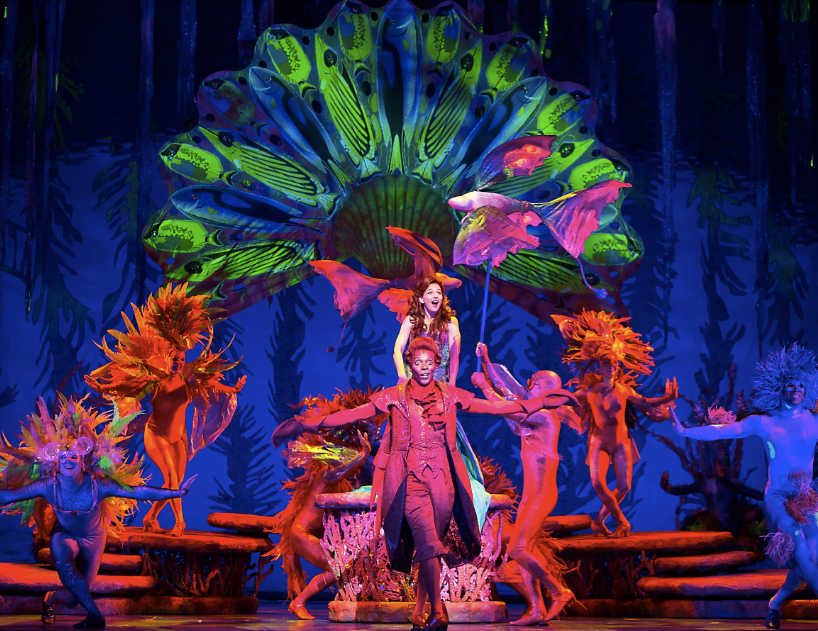 (Photography: Alan Mingo, Jr. as Sebastian and Jessica Grove as Ariel and the cast of The Little Mermaid. Photo by Bruce Bennett, courtesy of Theatre Under The Stars, Houston)

It turns out that in a magical kingdom fathoms below, we meet Ariel, the little mermaid who is tired of flipping her fins and longs to be part of the fascinating world on dry land. Joining her are Sebastian, Ariel’s crabby sidekick; Ursula, the evil sea witch; Triton, King of the Sea and the handsome and human Prince Eric.

The show features all of the favorite songs like “Under The Sea” and “Part of Your World” as well as new songs written by Oscar-winning Disney composer Alan Menken, the mastermind behind productions such as Beauty and the Beast, Aladdin and Pocahontas. Lyrics are by Howard Ashman and Glen Staler and book by Doug Wright.