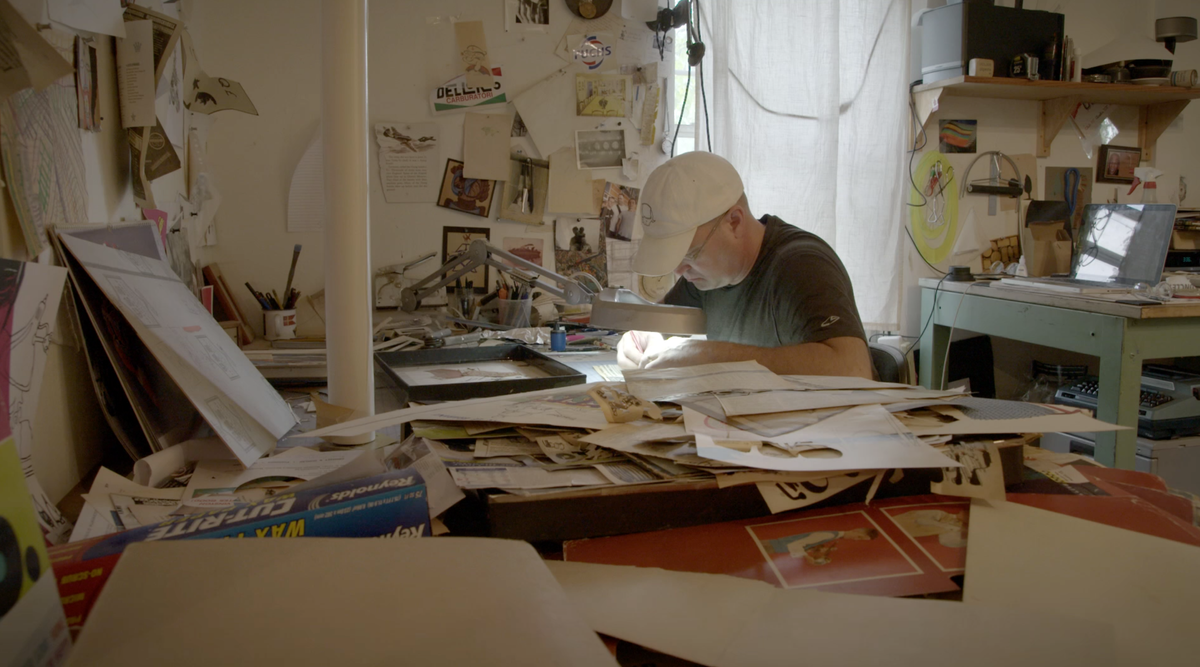 DOC TO WATCH: THE SECRET LIFE OF LANCE LETSCHER

It takes a village to make a quality documentary. That’s why we are looking forward to this November’s FilmRise release The Secret Life of Lance Letscher, a deeply personal and psychological portrait of internationally known, Austin–based visual artist Lance Letscher.

We like that through intimate explorations of artist Lance Letscher’s past traumas and triumphs, this new film, The Secret Life of Lance Letscher, offers an in-depth look at the artist’s thoughts on the creative process, the subconscious, and spirituality. We also like that the documentary marks our pal, Academy Award-nominated editor Sandra Adair’s directorial debut. Adair is an Oscar-nominated industry veteran and frequent collaborator of award-winning filmmaker Richard Linklater, working as his longtime editor. Their shared credits include Boyhood, Dazed and Confused, Everybody Wants Some!!, the Before Sunrise trilogy, and School of Rock, among others. Kristi Frazier produced the project.

The Secret Life of Lance Letscher is a meticulously crafted exploration of Letscher’s life and work, which allows audiences an unprecedented look into the mind of one of the contemporary art world’s most captivating figures. Featuring more than one hundred of Letscher’s collages, sculptures, and installations, the documentary provides a visual feast while offering intimate access into Letscher’s method and brilliant mind. It’s a visual stunning piece of work to see his story unfold like the paper on his art.

The doc received rave critical reviews when it premiered at the 2017 SXSW Film Festival. Hollywood Reporter said Adair “makes a confident debut as director here, offering a doc with appeal even for art lovers who don't yet know this regionally celebrated collagist…Never intruding on her own film, Adair leaves it to viewers to connect the practice of a collage-based artist with that of a film editor,” and IndieWire included the film in its story headlined “Memo to Distributors: Buy These SXSW 2017 Movies.”

The Secret Life of Lance Letscher, not rated, has a running time of 95 minutes and is available for sale and rental on Amazon Video, iTunes, and Vudu, as well as DVD and Blu-ray on November 7, 2017.

Photo: Lance Letscher in his studio