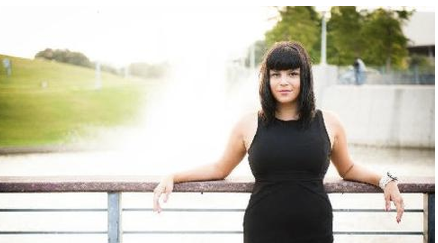 In the spring of 2008 my life changed as I went into a walk-in clinic in Austin because I had a lump the size of an egg on my neck. The doctor told me it would be best if I went to a ear, nose and throat specialist and recommended one here in Austin. I thought the lump I had was to due with stress. When I walked into the ear, nose and throat doctor I thought I was just going to be told that I should take it easy and that I it was due to stress. When I went into the exam room the doctor came in and asked me why I was there and I showed him the lump. By that time I had already waited a week from the walk in clinic, and the lump was almost the size of a grapefruit.

The doctor felt the lump and asked me how long I had the lump on my neck and I told him I had it 2 months and I waited too long to get it checked out. He then asked me if I realized that I have cancer. That day I walked into the ear nose and throat clinic looking at my iPhone thinking wow when is this appointment going to be over so I can hurry up and go eat dinner with my friends, and I left there worried and traumatized by the fact that I was diagnosed with cancer. The doctor recommended another doctor and I had a biopsy done. At that point I wasn't diagnosed with any stage of cancer because they didn't know the status. When the doctor called me and told me that I had Stage III cancer, I didn't know what that meant and I was told that I would have four months to live. They said chemotherapy would be a waste of time because it had already gone too far and I talked to the oncologist about it and they determined that it would be worth a try to save my life.

I was told that I would need the port put into my chest at the hospital ironically that I used to drive by to go have drinks with friends. Little did I know I would be getting surgery done in that same hospital to save my life. After having the port put in you can imagine how scared I was because I had no idea what was going to happen since I had been told I was going to have only a few months to live. I also had many questions. Like was I going to lose my hair, and how sick would I be and they were very understanding and patient with the questions I had. I started chemo about a month after my first visit to that walk in clinic. I went through several months of chemo every three weeks and not only was the hardest part losing my hair but it was also hard for me to sit in the infusion room and be the first person to get there at seven in the morning and the last person to leave at five in the afternoon. I started to wonder if I really was going to make it because everybody around me would only have 30 minutes to two hours of chemo and I was there for over eight hours having different medication put into my body. After the first treatment they told me that it was completely gone. I didn't want to continue the last five chemotherapy treatments I still had left but the oncologist recommended I stick with it and finish the rest.

None of my family knew and only two friends knew I had cancer. It was not something I wanted to tell a lot of people. Now, five-and a half years later I am still alive and I never gave up hope. Having cancer changed my life in so many different ways. I went through the hardest thing in my life and I had many emotional and physical ups and downs. Now, when I am faced with challenges in my life, I look back and think how I got through cancer and came out just fine. We all have a story to tell and I continue to tell mine through photography.