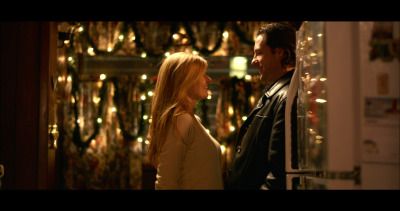 ED BURNS ON HIS NEW FILM A FITZGERALD, “THE FAMILY CHRISTMAS

It’s good to be Edward Burns these days. The actor/director/producer triple threat has just released his newest film, “The Fitzgerald Family Christmas” and it looks to be a new holiday must-see classic for the ages.

Burns returns to familiar territory from his filmmaker beginnings. He set the film world on fire when he shot the character-based “The Brothers McMullan” for $25,000 in the mid 90’s. Quickly followed by “She’s The One” and a slew of other films, he also had time to star in “Will & Grace” and play himself on several seasons of the Hollywood send up, “Entourage,” which widened his fan base.

Recently he has appeared in “Man on A Ledge”, “Newlyweds” and “Friends With Kids,” all of which garnered favorable reviews. Of course, we all know he’s married to supermodel Christy Turlington Burns and they now have two children, Grace and Finn.

Burns and I caught up to learn more about “The Fitzgerald Family Christmas” and the always-authentic Burns, who was quick to share how disappointed he was not to have participated in the screening of it recently at the Austin Film Festival, a week-long gathering devoted to writers and directors, as well as actors. Some of that conversation is below…

Lance Avery Morgan: Congrats on the new film, Ed. I understand Tyler Perry encouraged you to make this when you were working together – it is a return after 15 years of your family-driven films. Tell me about that journey.

Edward Burns: The reason I stayed away from it so long was that Number One, my life had changed so dramatically and making “Sidewalks of New York” and “Purple Violets” reflected that. Number Two, I was concerned to see if I could I write about that original place anymore with authenticity any. I was happy to discover I COULD write that with great ease.

It usually takes me three to six months to write a screenplay. “The Fitzgerald Family Christmas” poured out of me in about six weeks. I didn’t have to think about the character’s motivation – who they were. I heard each voice, which can be a challenge to do, but this time it was not.

LAM: What was it like working with your former cast – since filmmaking can be like a family situation of sorts?

EB: You’re right, it can be. This was like a family reunion to gather all the cast members from each of the 10 films I’ve made. We’ve known each other for over fifteen years and I’ve worked with them because they were friends. We all like one another and we want to work the same way. There were no egos and it was very collaborative. I encourage actors to improvise… which makes for a great time on set.

LAM: Christmas seems to give rise to family situations coming to the surface –it is also like that in your film…

EB: I wanted to look at a big Irish family –and look at the seven siblings as adults. The device to get them under one roof for looking back and forward was Christmas. At that time of the year there is always the pressure to get along and have fun. Big announcements are often made at that time, too. Plus with siblings, the pecking order is reestablished. I have friends from large families who have told me stories over the years about their families, and the mini-families that are formed within them. Each mini family of sibling sets has different perspectives on their parents.

LAM: It was great to see Connie Britton in your film since she was in your earlier films. She’s really skyrocketed with “Friday Night Lights” and “Nashville” hasn’t she?

EB: Connie’s so great. It was it fun to team up professionally again. We’ve remained good friends and we have worked together since the first film. When I had the idea of her as my love interest, my wife said, ‘That’s a great idea’ since they have been great friends, too.

I’ll never forget when I first had auditions for “The Brothers McMullan” and based on the actors I first saw, I was terrified that either I didn’t write it well or there were no good actors. Then Connie came in and she’s so good and got that role.

LAM: Your films all have a unique East Coast style to them, especially in "The Fitzgerald Family Christmas" – can you let me know what that style means to you?

EB: Environment is where I start when writing. Like with this film about seven adult siblings, I had to start with ‘where do they come from?’ Their neighborhood is very clearly defined. They are not towns. They are neighborhoods.

LAM: Ed, you really capture it so that the neighborhoods become a character. So, last question, who was your greatest filmmaking inspiration you had starting out? Spielberg had Capra, for instance, so from where did you get your filmmaking point of view?

EB: Woody Allen for sure. I wanted to make small, dialogue-driven movies, like he did, set in New York and also, very personal ones. My first love is being writer/director. Films are my passion and they are all I’ve been thinking about for 25 years. I’ve never dreamed of making a blockbuster.