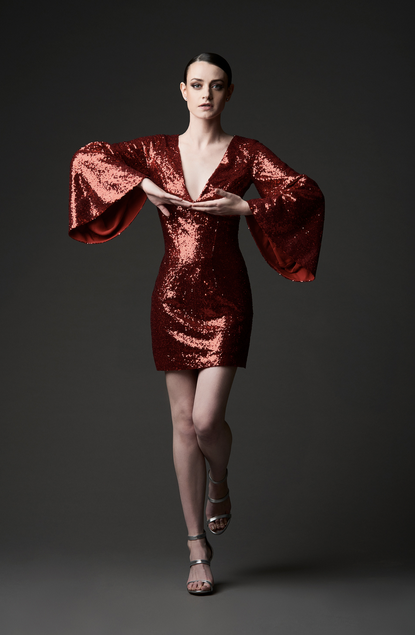 Most ten-year-olds don’t seem this grown up. This year marks the 10-year-anniversary of Austin Fashion Week’s runway collections, presented by Fashion X Austin, will be April 5 through April 7. You may know that Fashion X Austin's Fashion Week is the largest week of fashion events in Texas and the 4th largest fashion week in the United States. In honor of the anniversary, lifestyle expert and designer Katie Kime will be designing the runway with execution assistance from Caplan Miller...with the inspiration of florals. Along with the runway collections will be a gallery of designers as well.

On April 5 is the BERNINA Fashion Fund Showcase. For the first time in Austin, emerging designers will compete for a grand prize package from BERNINA and other sponsors valued at more than $40,000. The winner will be crowned as the BERNINA Fashion Fund fashion representative throughout Texas. Guests judges include lifestyle guru Camille Styles, designer and retailer Gail Chovan, our very own Lance Avery Morgan and more. The show begins at 6:30 p.m. at Vault Space, a new event space near the Domain, located at 2214 Braker Lane.

April 6 and 7: Runways & Gallery at 6:30 at Vault Space. The event goers will see collections from local and national designers along with some of Lifetime Television’s Project Runway Stars. In between gazing at the runway, enjoy shopping the Gallery with some of the area’s premier jewelry and accessories designers.

For more information on each event and to purchase tickets, please visit: http://www.austin.fashionx.co