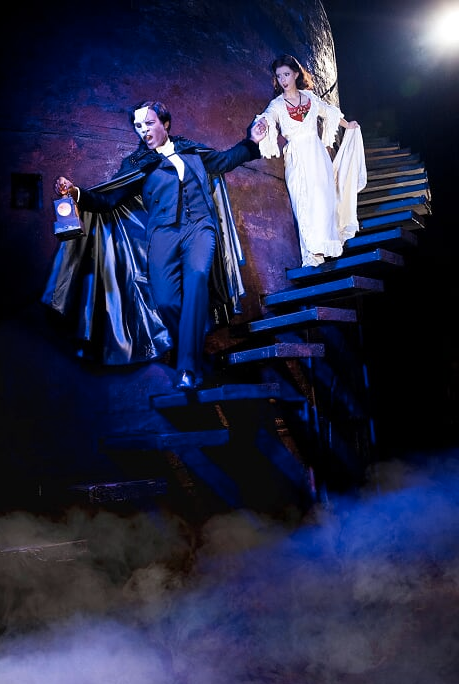 FORBIDDEN LOVE: ANDREW LLOYD WEBBER’S THE PHANTOM OF THE OPERA

Cameron Mackintosh’s spectacular new production of Andrew Lloyd Webber’s The Phantom of the Opera opens with Austin’s premiere engagement at Bass Concert Hall. Yes, with newly reinvented staging and stunning scenic design, this new version of it is performed by a cast and orchestra of 52, making this one of the largest and lushest productions on tour in North America.

Andrew Lloyd Webber said about the show, “Having received great critical acclaim in the U.K. and North America, I am really pleased that Laurence Connor’s new production of Phantom will continue to tour the U.S. playing in tandem with the Broadway production which soon celebrates 30 years.”

Based on the classic novel Le Fantôme de L’Opéra by Gaston Leroux, The Phantom of the Opera tells the story of a masked figure who lurks beneath the catacombs of the Paris Opera House, exercising a reign of terror over all who inhabit it. He falls madly in love with an innocent young soprano, Christine, and devotes himself to creating a new star by nurturing her extraordinary talents and by employing all of the devious methods at his command. Cameron Mackintosh’s brilliant original production of Andrew Lloyd Webber’s masterpiece continues performances at Her Majesty’s Theatre in London, its recording-breaking run at the Majestic Theatre on Broadway and many other cities around the world.