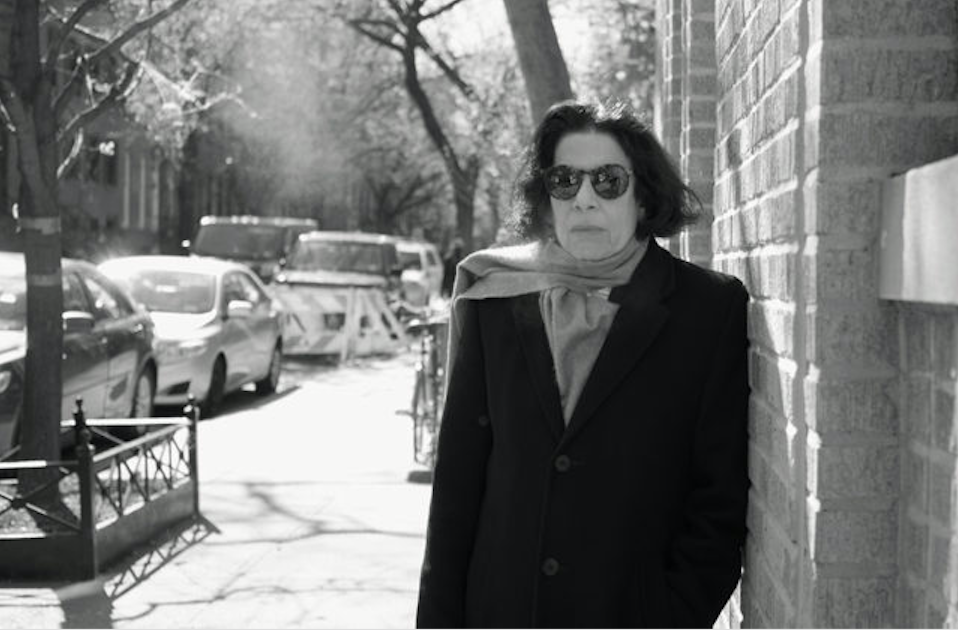 Another phone call had just come in, which I didn’t take. Returning the call, I offhandedly mentioned, “I didn’t pick up. I was on with Fran Lebowitz.” Dead silence on the other end. “How was it? my caller asked. “It was a dream come true,” I retorted, knowing that I’d never spoke truer words about a literary hero.

I’d read her works like Metropolitan Lives and Social Studies growing up, so I knew speaking with Lebowitz to support her upcoming tour to Texas (in Austin at The Long Center on Wednesday, March 8 and in Dallas on Friday and Saturday, March 31 and April 1, 2017 at the AT&T Performing Arts Center) would be a lively discussion. How could it not, knowing her unique style of sharing her opinions with the world? Plus, her writings have always connected with me on a personal level – her sly style about how the celebrated truly live.

And now, I would be speaking with her directly. For anyone growing up in the provinces who dreams of living in New York, or any major city for that matter, Fran Lebowitz has a towering stature equated to the Statue of Liberty— indeed, both monumental figures represent a gateway to the big city. Her ironic satire, which has made her well known since the 70s, has continually sharpened alongside her evolution. Heck, Martin Scorsese took a break from narrative filmmaking to create a documentary about her in 2011, HBO’s Public Speaking. And Scorsese, as we all know from his directorial accomplishments, doesn’t mess around with people and stories that don’t make a difference in the world.

So, here it is, time to ask her anything I’d ever wanted. After all, Lebowitz is the thinking person’s thinking person. She’s whip smart and enjoys the attention fame brings. “I love being on a stage – doing this. It’s my childhood dream since no one ever asked me a question as a child. Growing up in the 50s, children weren’t supposed to talk back. And, I enjoy being in Austin. I’ve been there before with Frank Rich.” She has always surrounded herself with creative people like Rich of the New York Times, as well as the staff at Vanity Fair where she is a contributing editor. When I ask her about her literary beginnings working at Andy Warhol’s Interview magazine, she says frankly, “It was fun around the Factory. But I wasn’t close to Andy. I didn’t like him and he didn’t like me. [I] didn’t go around in that group of people, but the world was so small that for decades I’m certain I saw Andy every night of my life because we were in the same places.” Lebowitz stopped drinking and taking drugs at the ripe old age of 19. “When you are born, you are bequeathed a lifetime supply of alcohol and drugs,” she feels. ”You can do it all between 15 and 19, or you can do it between 21 and 81. Then you hit your limit.” When I ask her if that’s a reason for her success in chronicling so much in the last 40 years, she’s quick to share, “It was a conscious decision to be acute.”

She continues to reflect. “So, I’m one of the only people left alive from that era. We went out every night. All night. For at least ten years. I don’t think people do that anymore. We weren’t health conscious then. No one cared what they ate. It wasn’t a thing. We were happy to eat at all. You want to know what health is? Youth.”

As a fixture herself for what Manhattan represents, she has her adoring fans. “Kids constantly come up to me, saying ‘Oh, I wish I’d been in New York in the 70s.’ I find that kind of distressing. When I was young I never went up to old people and said ‘I wish I lived in New York in the 1930s.’ It’s not the right direction for people to be going backwards.” I suggest that there seems to be a sense of nostalgia that the youth of today seek, unique to its generation. “It was almost lawless back then, not so regulated,” she replies. “It wasn’t so known. You had to find your own way.” She goes on to recount the artistic scene back then by saying, “The entire art world could fit into one restaurant then. Now it’s a huge business.”

According to Lebowitz, “It was all fun for me - I was in my 20s. It’s fun to be in your 20s, I would imagine, no matter where you live, no matter what era it is.” When it comes to aspiring young talent, she muses, “I have many friends who teach these people. How to write. ‘What do you teach them?’ I ask, because you can’t teach someone how to write. They say, ‘We teach them how to read.’ Shouldn’t they already know how to read if they are writing? It’s like going to tall school. You are either tall or you aren’t.”

When I ask her how her latest book, Exterior Signs of Wealth, is coming along, knowing that she has famously procrastinated finishing it, she quips, “There have been whole generations born and died since I started that book.” As we finish our conversation, I mention I look forward to all the great things I know she still has left in store for the world. She notes, “I have retained my ability to be surprised. At how gullible people are. How easily people will swallow what is fed them.” Finally, I ask her what object she’d like to have placed in a time capsule to represent her in the future. She’s quick to note that she’s never been asked that, and simply replied, “That’s not for me to decide. Someone like you would have decide that – people who can actually rate it or judge it.”

For more information on Fran Lebowitz in Austin, visit: http://www.thelongenter.org and for her appearance in Dallas, http://www.attpac.org