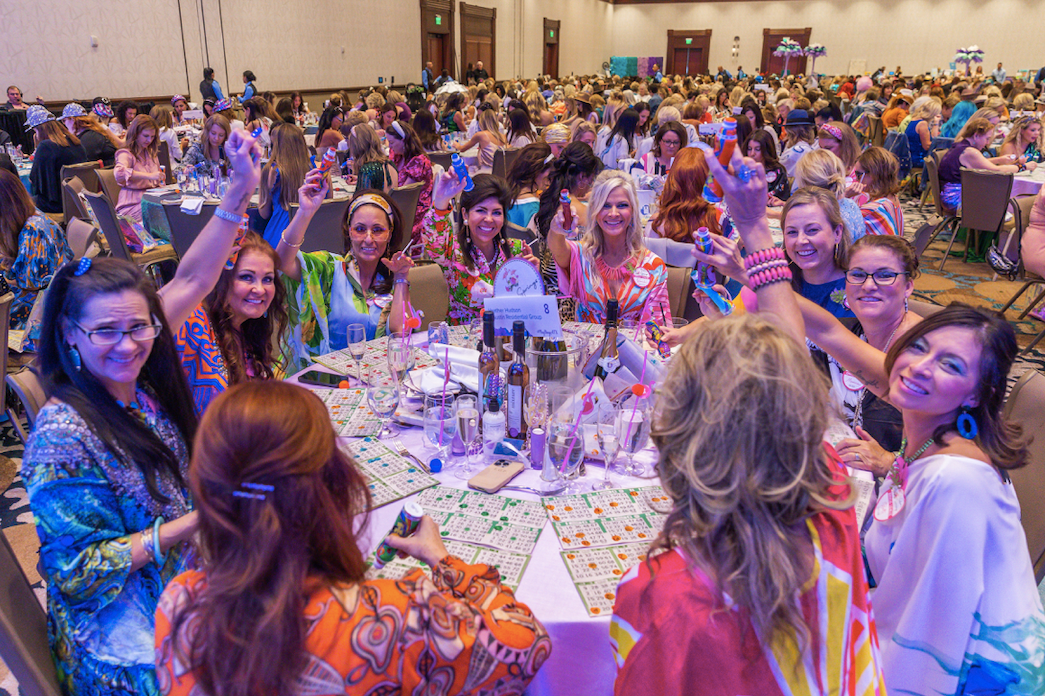 By Rob Giardinelli Photography by Sterling Coats and Haley Plotkin

Recently, a beautiful fall afternoon was the setting for one of the city’s most anticipated fall competitions. Not U.T. Football, yet rather bingo. A sold-out crowd featuring 1,200 of the city’s most notable sociables, philanthropists and VIP descended upon the JW Marriott Hotel in downtown Austin for the 19th Annual PlayBingo Ladies Luncheon for a day of fun, prizes, and most of all...fundraising.

The festive-chic attire created a welcoming environment for all who attended. Before the main event, revelers were able to peruse the over 125 silent auction items up for bid which included fine jewelry, designer handbags, items from local merchants, vacation packages, and much more. In the crowd, many coordinated outfits were spotted as many dressed in specific themes with their tablemates.

The festivities then moved into the ballroom to PlayBingo. Emcee Jim Spencer effortlessly kept things moving a brisk, fun pace as the games were played. In total, eight games were played with the winners taking home prizes from such luxury brands as Neiman Marcus, Lake Austin Spa & Resort, and Diptyque. Guests left the venue wanting more and already brimming with anticipation for the 20thanniversary of the beloved event next year.

The event, hosted by the Friends of Christopher Guild, raised over $1 million for The Center for Child Protection. Funds raised from the event will go towards providing services including forensics, therapy, medical and educational services for abused children as well as children who have witnessed violent crimes.