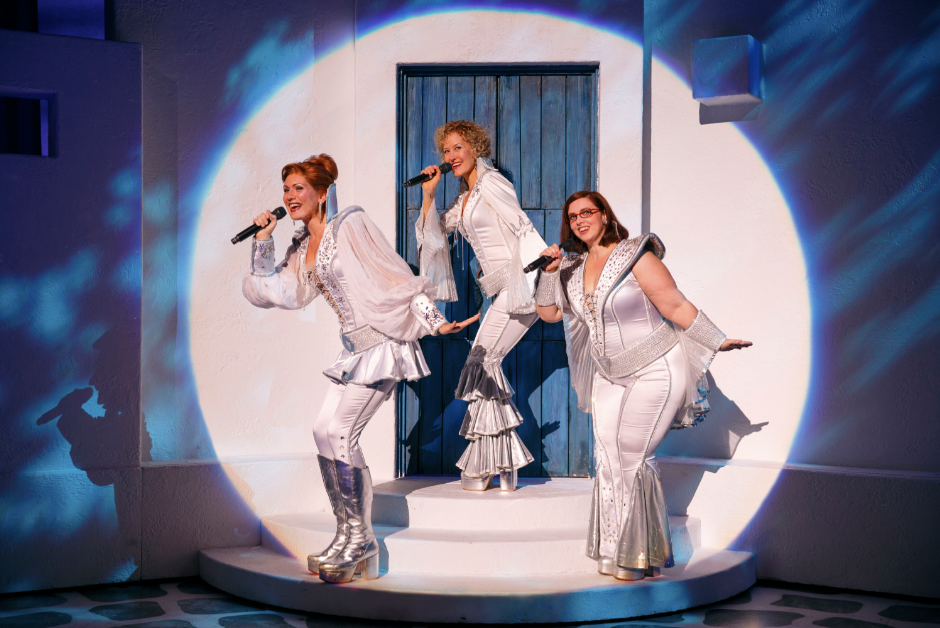 Suddenly, it’s the 1970’s again with the Benny Andersson and Björn Ulvaeus’ MAMMA MIA!, the smash hit musical based on the songs of ABBA. It returns to Bass Concert Hall in January 2015. Performances begin at the Bass Concert Hall on January 20 and run through January 25. Thanks to Lexus Broadway in Austin.

The super-hit, seen by over 54 million people around the world is celebrating 5,000 performances on Broadway and is the 9th longest running show in Broadway history. The original West End production of MAMMA MIA! is now in its fifteenth year and has celebrated over 6,000 performances in London and the international tour has visited more than 74 foreign cities in 35 countries and been seen by over 4.3 million people. The blockbuster feature film adaptation of MAMMA MIA! is the most successful movie musical of all time grossing $600 million worldwide. Inspired by the storytelling magic of ABBA’s songs from “Dancing Queen” and “S.O.S.” to “Money, Money, Money” and “Take a Chance on Me,” MAMMA MIA! is a celebration of mothers and daughters, old friends and new family found.

Acclaimed by the Associated Press as “quite simply, a phenomenon,” the show is about an independent, single mother who owns a small hotel on an idyllic Greek island, Donna is about to let go of Sophie, the spirited daughter she’s raised alone. For Sophie’s wedding, Donna has invited her two lifelong best girlfriends—practical and no-nonsense Rosie and wealthy, multi-divorcee Tanya - from her one-time backing band, Donna and the Dynamos. But Sophie has secretly invited three guests of her own.

On a quest to find the identity of her father to walk her down the aisle, she brings back three men from Donna’s past to the Mediterranean paradise they visited 20 years earlier. Over 24 chaotic, magical hours, new love will bloom and old romances will be rekindled on this lush island full of possibilities. Don’t miss out on the fun.