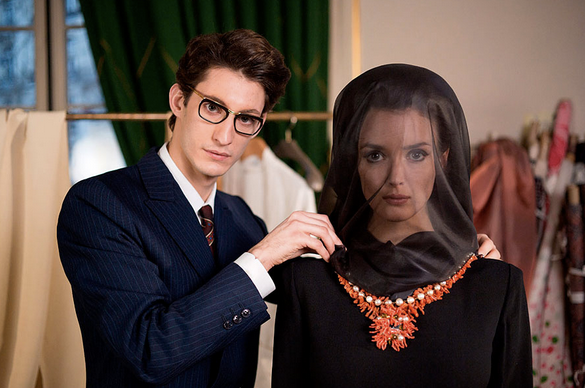 After a long tour of the film festival circuit, French filmmaker Bertrand Bonello’s dazzling homage to one of the greatest names in fashion hits theatres this week. In fact, it’s s stylish tour de force like no other film in recent memory.

“Saint Laurent” is a dreamy, sensational look at the famous French designer’s life during the 1960s and 70s, a period of cultural upheaval and sartorial revolution. Starring Gaspard Ulliel as Yves Saint Laurent and Jérémie Renier as YSL co-founder Pierre Bergé, Bonello’s film offers an intimate look at the man behind the biggest fashion movements of the 20th century.

Yves Henri Saint-Laurent was born in Algeria and moved to Paris at age 18, where he dove into the world of haute couture. He was soon introduced to Christian Dior, where Saint Laurent spent his formative years learning the foundations of fashion from Dior himself. Saint Laurent went on to create his own fashion house, Yves Saint Laurent YSL, where he pioneered and popularized trends such as the beatnik look, classic early-century silhouettes, and his famous tuxedo suit for women, Le Smoking.