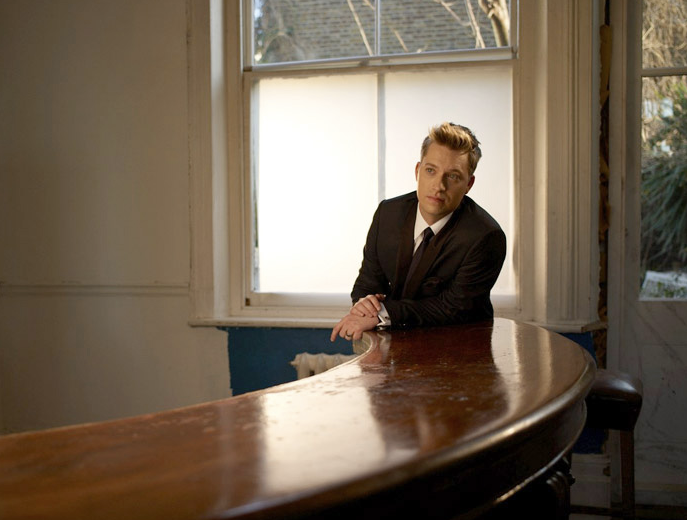 Texas is long famous for producing exceptional musical talent. These days that means native Texan Kevin Ahart in Austin, the Live Music Capital of the World.

The talented singer discovered his love for music at the ripe old age of five when he started sang tunes from the Great American Songbook. He realized his heart was set on being a musician when he sang “In The Wee Small Hours” for the high school choir talent show, and since then, his career has taken off, to say the least. His new debut release, “Let's Take The World” is an album of 10 memorable performances of original and classic material sung in his smoothly expressive voice that echoes those of his vintage saloon-singer heroes like Sinatra, Bennett, and the like. He enhances and extends the American musical traditions from which he draws much of his inspiration, and we love that.

When we caught up with Ahart, we learned that when first discovering the music field, he was immediately drawn to jazz. He relished the beauty of jazz music after buying his first jazz album “Kind of Blue” by Miles Davis, and he has loved the genre ever since. Ahart stresses the pertinence of thinking forward within the jazz music genre in order to keep it vivacious and prospering. He declares, “I think too many marketers want to keep jazz antiquated…keeping it in its ‘golden era.’

He believes that keeping jazz current has a huge appeal and adds an additional dazzling dynamic to the music genre. Ahart is keen on the impact that emotion has on music and when asked who would be his musician of choice to collaborate with, his answer was Harry Connick,Jr. Ahart has zeal for all types of music, but as he gets older, he finds himself drifting toward the blues music styles and more soulful music, which embrace his Texan roots.

Kevin Ahart is a man of inspiration and he is already making a remarkable impact on the music world. His passion for the music industry is definitely evident and we cannot wait to see what his future music career will bring. For more information visit: http:///.www.kevinahart.com and to access his new album, as well as on iTunes.