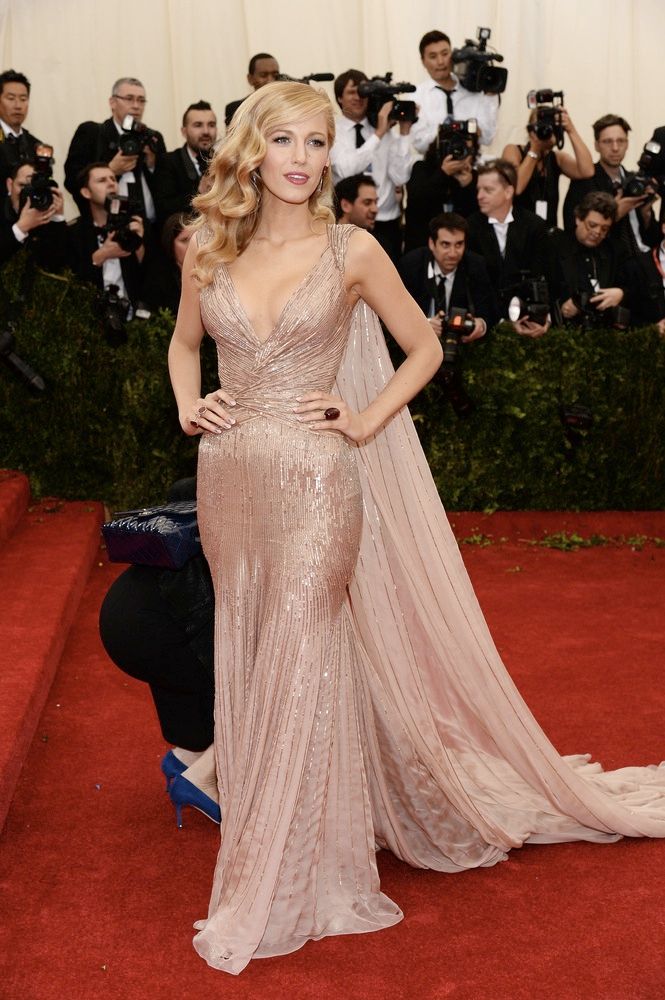 Last night was an all-star night for high style when the stars turned out en masse in their homage to the latest Costume Institute Gala celebrating Charles James: Beyond Fashion (May-August 2014). Our favorites? Anne Hathaway in Calvin Klein, Blake Lively in Gucci, Charlize Theron in Dior, Sarah Jessican Parker in Oscar de la Renta, Georgia May Jagger in Thierry Mugler, Karolina Kurkova in Marchesa, and Reese Witherspoon in Stella McCartney were at their elegant best.

According to experts, The Met Gala, formally called the Costume Institute Gala and also known as the Met Ball, is the annual fundraising gala for the benefit of the Metropolitan Museum of Art's Costume Institute. It also serves as an opening celebration for the institute's annual fashion exhibit. It is widely regarded as one of the most exclusive social events in New York and one of the biggest fundraising nights of the city with a reported nine million dollars raised last year, in 2013. The affair, attended by luminaries from the arts, fashion and entertainment, has been held at the Met since 1971 and is considered to be the fashion industry's premier annual red carpet event.

We love that Anna Wintour, Vogue editor-in-chief and event chair since 1995, oversees both the benefit committee and the guest list, with Vogue staffers helping assemble the list of invitees. Each year the event has a theme, and includes a cocktail hour and a formal dinner. In 2014, the ticket cost $25,000 for each guest, so it’s exciting to have such a stellar fundraiser for such a great cause with stunning beauties who respect the art of fashion. (Photo: Blake Lively in Gucci)