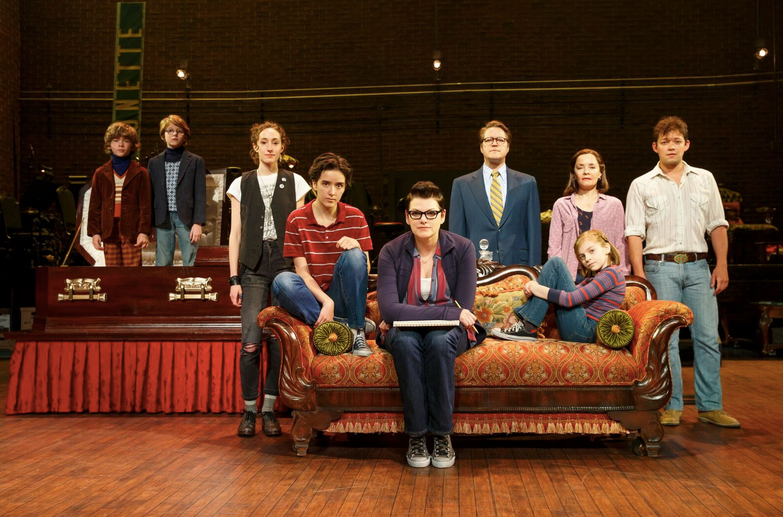 HOME IS WHERE YOU FIND IT: TONY AWARD+WINNING FUN HOME AT THE LONG CENTER AUG. 11-13

We love that The Long Center for the Performing Arts will debut Fun Home, the groundbreaking and Tony Award-winning Best Musical, in Austin this summer at the Long Center, August 11 - 13.

We all know that Fun Home was the hit of the 2015 Broadway season, receiving raves from critics and audiences alike, winning five 2015 Tony Awards including Best Musical and making history along the way as the first show written exclusively by women to win theater’s highest achievement. In fact, it was named to all of the major top 10 lists including The New York Times, Associated Press, New Yorker, Entertainment Weekly, BuzzFeed, The Daily Beast, Chicago Tribune, The Hollywood Reporter and more.

Based on Alison Bechdel’s 2006 best-selling graphic memoir, Fun Home introduces us to Alison at three different ages as she explores and unravels the many mysteries of her childhood that connect with her in surprising new ways. A finalist for the Pulitzer Prize, Fun Home is a refreshingly honest, wholly original musical about the private life of families and seeing your parents through grown-up eyes.

So, what are you waiting for? Tickets are available at TheLongCenter.org or by calling (512) 474.LONG (5664) beginning Thursday, April 27. Also available at the Long Center’s 3M Box Office located at 701 West Riverside Drive at South First Street. For groups of 10 and more, please call 512-457-5150 or groupsales@thelongcenter.org.