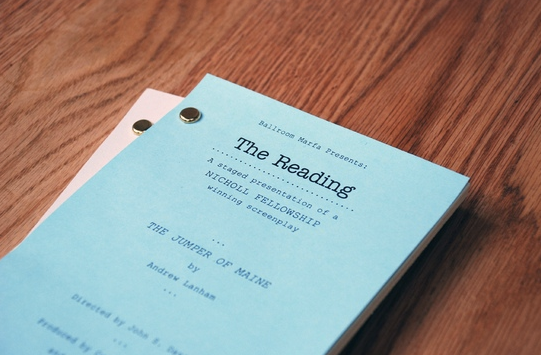 Love a good theatrical experience? Yep, so do we. Especially in unexpected places. Like Marfa. There are so many reasons to love Marfa, aren't there? The wide-open spaces, the art, the screenwriting. Screenwriting? Yes, it’s that time again. For Ballroom Marfa's second annual presentation of The Reading, a professionally staged screenplay performance that showcases one of the winners of the Academy of Motion Picture Arts and Sciences’ annual Nicholl Fellowship. On April 21st, at Marfa’s Crowley Theater, The Readingwill place this year’s spotlight on up-and-coming writer Dion Cook and his brilliantly crafted script, Cutter. You’ll want to be there to be a part of the action in this hipster outpost region.

Many consider this to be the world’s most esteemed screenwriting competition. Why? Cutter was one of five screenplays chosen from a record 6,730 submissions to be honored with the 2011 Nicholl Fellowship in Screenwriting. Dion Cook’s Cutter was then singled out to be further honored by Ballroom Marfa’s distinguished Filmmakers’ Selection Committee, comprised of Director and Academy Awardâ-winning screenwriter Robert Towne, Emmyâ-nominated actress Jeanne Tripplehorn, and veteran producerRobert Shapiro, who also serves on the Nicholl Fellow Selection Committee and will again be conducting this year’s panel discussions following The Reading performances. Cutter tells the powerfully captivating story of a Miami trauma physician who moved to the United States after surviving the horrors of the 1994 Rwanda genocide. 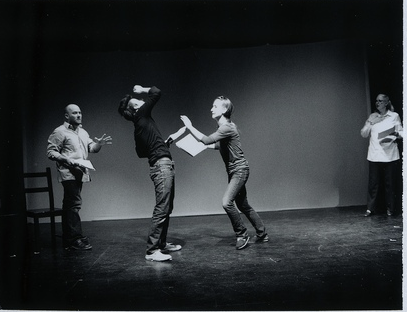 As before, The Reading will again be directed by Dallas-based veteran actor/director John S. Davies and produced byCarolyn Pfeiffer and Nancy Sanders. In a joint comment, Pfeiffer and Sanders both remark, “We are very excited to be staging such a powerful script. Dion Cook's brilliant drama illuminates a tragedy playing out not just in Africa, but here as well. Cutter is a hugely compelling story that will captivate audiences at The Reading. We are so pleased that Robert Shapiro has continued his involvement with the program and that writer-director Robert Towne, an icon and true inspiration to decades of writers within the industry ranks, along with the immensely talented and multi-dimensional actress Jeanne Tripplehorn both participated in this year’s selection committee.”

Following upon the highly successful performance of The Reading in 2011, this year’s stellar cast of diverse lead-actors hail from Dallas and include: Babakayode Ipaye, Gerald Dewey, Ginneh Thomas, Jeff Fenter, Jirah Simpson, Elizabeth Dukes Melancon, and Patrick Grover. Also joining this year’s production as the 'Shadow Maker,’ Fred Curchack will bring his exemplary talents to The Reading’s highly anticipated presentation of Cutter. Fred Curchack, revered nationally for his accomplishments in theater, is designing and choreographing the shadow play in the performance, using techniques he's perfected in his 78 original theater creations. The Los Angeles Times has called Curchack's work "visually astonishing", while the Dallas Morning News says, “his performance pieces have won raves in The New York Times and provoked more than one critic to use that tricky word ‘genius.’”

On April 21 Ballroom Marfa will present two performances of The Reading at the Crowley Theater (one matinee at 2:00 PM and one evening show at 8:00 PM), each followed by a panel discussion with the screenwriter and others involved with the project. The performances are free, but as seating is limited, reservations are strongly advised. To reserve a seat at this year’s presentation of The Reading, visit www.ballrooommarfa.org or call 432.729.3600. See you there… Out West.