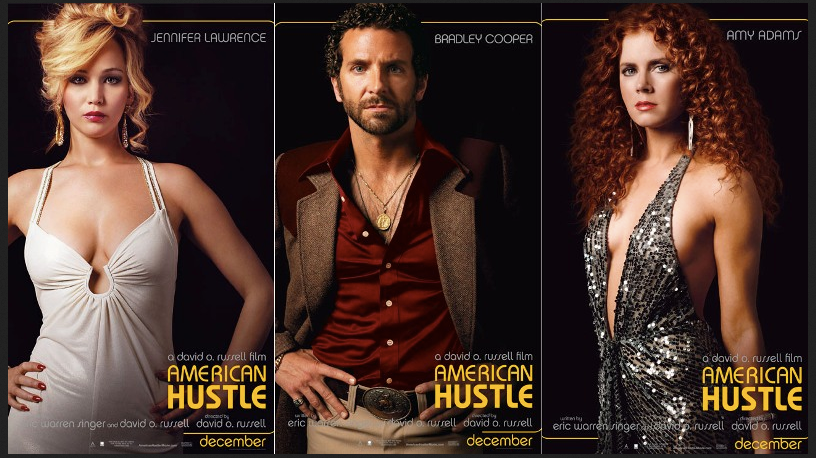 It might be the best film about the 70’s to appear this decade. Opening nationwide on Friday, December 20th, this like-real fictional film set in the alluring world of one of the most stunning scandals to rock our nation. American Hustle tells the story of inventive con man Irving Rosenfeld (Christian Bale, bloated and wearing a comb-over hairpiece), who along with his equally cunning and seductive British partner Sydney Prosser (the stunning and cleavage-exploding Amy Adams) is forced to work for a wild FBI agent Richie DiMaso (permed and leisure-suited Bradley Cooper). DiMaso pushes them into a world of Jersey powerbrokers and mafia that’s as dangerous as it is enticing.