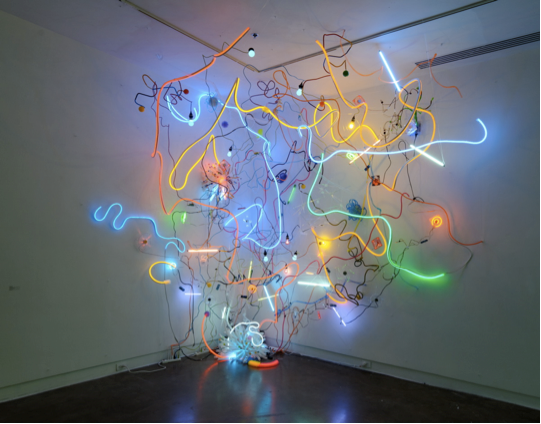 Looking for a new, fantastic piece of art to adorn your walls? You won’t want to miss POP AUSTIN International Art Show in Austin October 22 through October 25 — the same weekend as the United States Grand Prix Formula One Weekend. Hundreds of thousands of international thrill seekers will descend upon the hippest little city in America for the world’s premier racing event and the world’s newest art happening. It will be a spectacular weekend to see and be seen.

Featuring some of the most popular stars of contemporary art, as well as a specially selected group of local artists, POP AUSTIN offers some of the coolest contemporary art in the world – worthy investment pieces for a growing collection; art that can represent your hip, worldly style.

The opening VIP Opening Party, October 22, will be that evening’s hottest ticket, so get your tickets right away. Visit http://www.popaustin.com for tickets and more. (Photo: Art by Adela Andea)