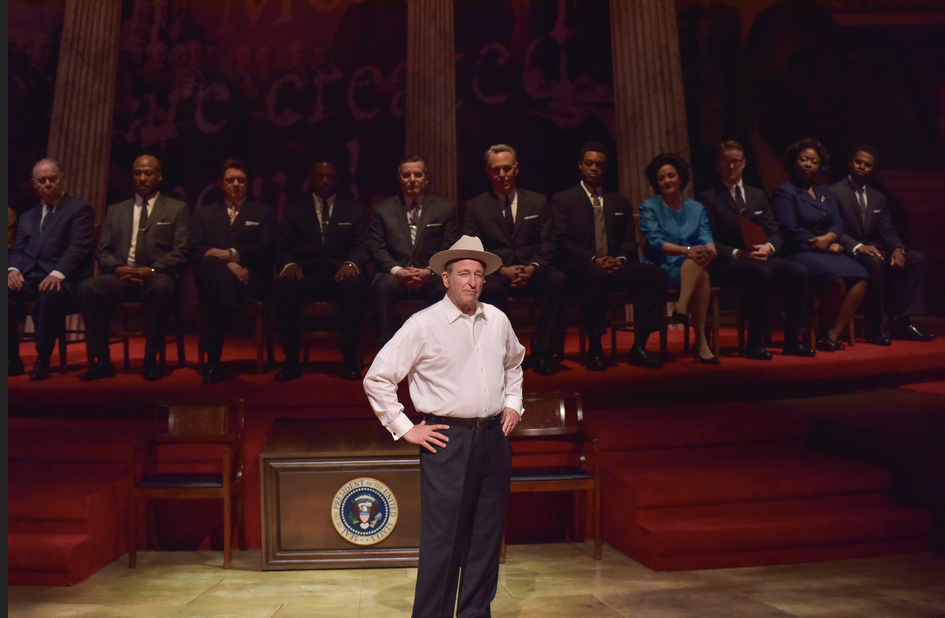 (Photo by Kirk Tuck: Steve Vinovich in All The Way at ZACH Theatre)

Want to see the most interesting historical play you’ll likely see all season? Look no further than ZACH Theatre’s rendition of the 2014 Tony Award® winner for Best Play All The Way. Starring Steve Vinovich, who deftly plays the starring role as Lyndon Baines Johnson, it is based on his prolific first year as President after Kennedy’s assassination.

ZACH Theatre’s production, directed by Dave Steakley, will is the performance of this play in President Johnson’s home state of Texas.

According to the playwright Schenkkan, “In my house, we were big Johnson supporters. In my teenage years, when Vietnam ramped up, my feelings about Johnson changed. And then years later, as an artist with a family trying to make a living, becoming increasingly aware of the social programs he created that were very helpful to me,” he states.

Staying close to the historical record with actual dialogue that occurred at this pivotal time in history, each attendee will be dazzled at the scope of what happened between 1963 and 1964 in the White House.