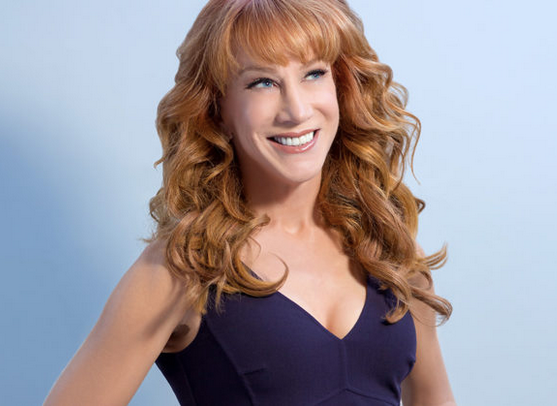 “LIKE A BOSS” ISN’T SHE?: COMEDIAN KATHY GRIFFIN TO THE LONG CENTER BY STORM

She’s about to take the stage soon. With two Emmys, a Grammy, and an unprecedented 20 televised stand-up specials, the inimitable Kathy Griffin will be in Austin for one-night-only on February 4th when her LIKE A BOSS rolls through town. A towering figure on television, on tour and in publishing, she doesn’t stop there. She rakes in Emmy and Grammy nominations with apparent ease, though, as she’ll tell you, being a woman in the stand-up sphere is not easy work. After her history-making sixth consecutive Grammy nomination for Best Comedy Album, Griffin finally joined the ranks of Whoopi Goldberg and Lily Tomlin as the only female comedians to ever win this award.

We love that Grifiin’s brand of “pull-no-punches” comedy and continuous drollery has earned her a Guinness World Record in 2013 for writing and starring in an unparalleled 20 televised stand-up specials—more than any comedian in history. Buoyed by her dedicated and engaged fans, Griffin’s live stand-up performances are legendary and in a class of their own. With plenty of sitcom, red carpet, and live television appearances, she shares her stories about anything and anyone, and her “Like A Boss” Tour is the perfect avenue for sharing them. “We will be discussing the news of the day,” Griffins says about her current tour. “The stories of the day, the political landscape, the pop culture landscape—it’s all changing so fast!” How great is that?

The mega 80-city tour is hitting venues coast to coast, including the Kennedy Center and Carnegie Hall, yet her Austin appearance at the Long Center is her only scheduled time in Texas. Here, we can all look forward to the same excitement, energy and on-your-toes wit that you’ve come to expect from a woman who tells it like it is. “It’s my job. This is what we do,” she muses.

Tickets for Kathy Griffin are available at TheLongCenter.org or by calling (512) 474.LONG (5664). Also available at the Long Center’s 3M Box Office located at 701 West Riverside Drive at South First Street. For groups of 10 and more, please call 512-457-5150 or groupsales@thelongcenter.org. What in the world are you waiting for – get your tickets now.