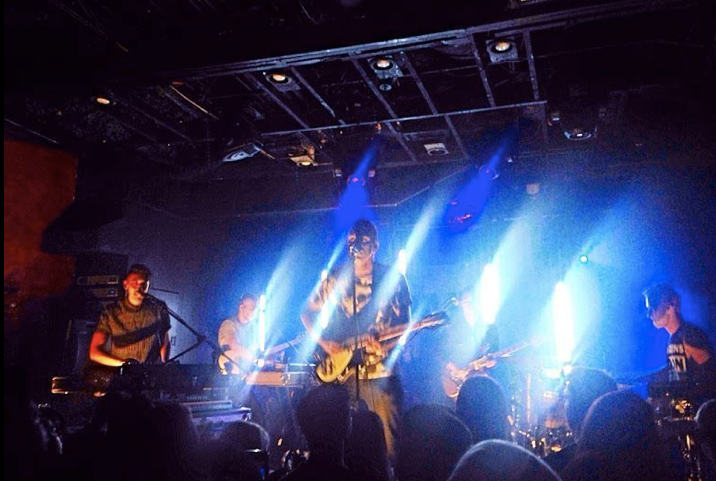 The power of music was in full swing recently during the Sir Sly concert at The Parish in Austin, Texas. The Los Angeles-based, on-the-rise band greeted their eager fans and the band exceeded the crowd’s expectations with its supreme performance. The solidarity and unison of the band was just as evident as the crowd’s enthusiasm throughout the show. Sir Sly attracted a very diverse crowd, and as they took center stage the crowd’s zeal was especially apparent when they performed hits such as “Gold” and “Ghost”. After each song came to an end, the crowd was on their feet anticipating the next number.

Sir Sly is made up of three band members: Lead Singer Landon Jacobs, Drummer Hayden Coplen, and Keyboardist Jason Suwito. The band’s name was created by its members as a form of aspiration. They created Sir Sly as an intangible enigma in which the band endeavors to personify. The goal of exemplifying the mysterious Sir Sly figure drives the band’s creative processes and performances. With that being said, the three devoted band-mates have worked diligently to fashion their trademark sound after writing, recording, producing, and mixing their music. The end result of their efforts allowed for the creation of a beguiling electronic indie rock rhythm to flow through the veins of all of their songs. For more info on Sir Sly and Universal Music Group, visit: http://www.sir-sly.com