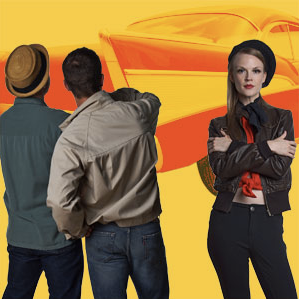 You likely know that Steven Dietz, one of the most-produced playwrights in America, who also calls Austin home, created this world premiere specifically for ZACH's first season in the new Topfer Theatre. Mad Beat Hip & Gone is a coming-of-age comedy that chronicles our rich and elusive dreams, immersing audiences in the cultural phenomena of the beat generation.

In the late ‘40s and early ‘50s, Jack Kerouac and Neal Cassady famously went "on the road." But what about Danny Fergus and Rich Rayburn — the young guys in the car right behind Jack and Neal, the guys whose history never ended up in books? What were these kids searching for in those "mad days" of "gone kids" trying so hard to be hip? Chock-full of smooth live jazz and exuberant theatricality, Mad Beat Hip & Gone answers these questions and more as it takes audiences on a journey back in time. 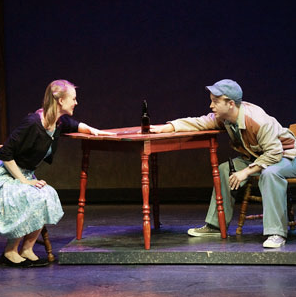 ZACH’s Producing Artistic Director Dave Steakley says, “I’m thrilled to produce the world premiere of Steven Dietz’s new coming-of-age comedy Mad Beat Hip & Gone, which was commissioned by the University of Texas College of Fine Arts. Of his long-time relationship with ZACH, Steven Dietz says: “I need ZACH Theatre – it is because of their bold and populist artistic aesthetic that I was inspired to create this story.”