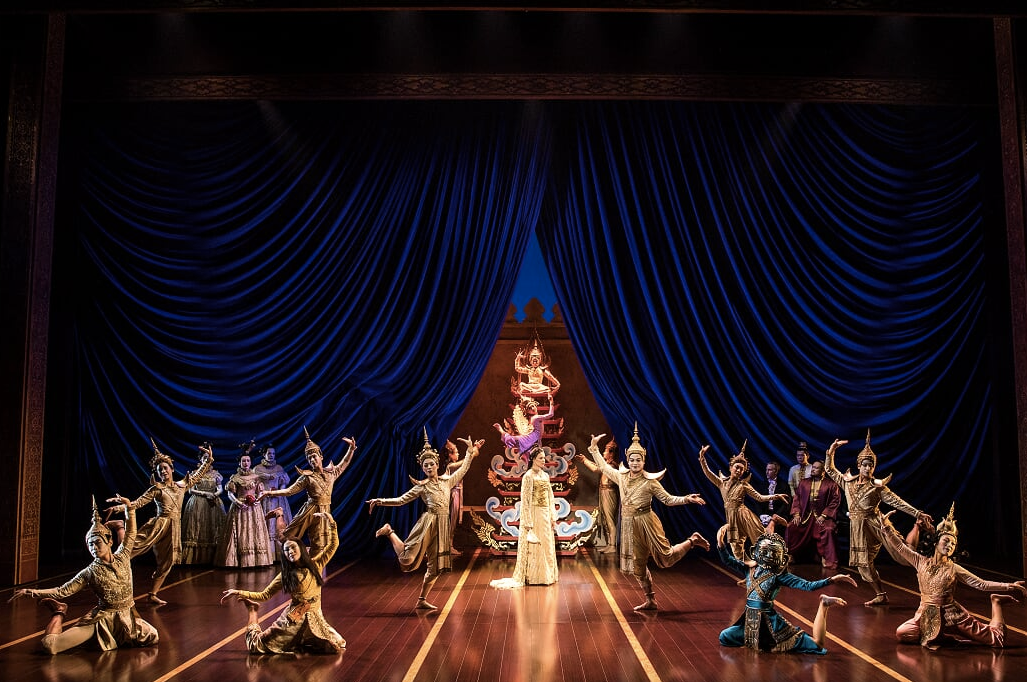 PAGE TO STAGE: AWARD-WINNERS AND AUSTIN PREMIERES FOR THE 2017-18 BROADWAY IN AUSTIN SERIES

THE KING AND I

The KING AND I, directed by Tony Award® winner Bartlett Sher, won four 2015 Tony Awards ® including Best Revival of a Musical. One of Rodgers & Hammerstein’s finest works, THE KING AND I boasts a score which features such beloved classics as “Getting To Know You,” “I Whistle a Happy Tune,” “Hello Young Lovers,” “Shall We Dance” and “Something Wonderful.” Set in 1860’s Bangkok, the musical tells the story of the unconventional and tempestuous relationship that develops between the King of Siam and Anna Leonowens, a British schoolteacher whom the modernist King, in an imperialistic world, brings to Siam to teach his many wives and children.

Based on the Academy Award-winning Miramax motion picture by David Magee, and the play The Man Who Was Peter Pan by Allan Knee, Finding Neverland follows the relationship between playwright J.M. Barrie and the family that inspired Peter Pan, or The Boy Who

Wouldn’t Grow Up – one of the most beloved stories of all time. Directed by Tony® - winner Diane Paulus (Pippin, Hair) with book by Olivier Award®-nominee James Graham, music and lyrics by Gary Barlow (Take That) and Grammy Award® - winner Eliot Kennedy, and choreography by Emmy Award® - winner Mia Michaels (“So You Think You Can Dance,” Cirque du Soleil’s Delirium), this new musical, packed with mesmerizing visuals, irresistible songs and plenty of laughs, is a timeless story about the power of imagination…and spectacular proof that you never really have to grow up.

School of Rock is a New York Times Critics’ Pick and "An inspiring jolt of energy, joy and mad skillz!" (Entertainment Weekly). Based on the hit film, this hilarious new musical follows Dewey Finn, a wannabe rock star posing as a substitute teacher who turns a class of straight-A students into a guitar-shredding, bass-slapping, mind-blowing rock band. This high-octane smash features 14 new songs from Andrew Lloyd Webber, all the original songs from the movie and musical theater’s first-ever kids rock band playing their instruments live on stage. Vanity Fair raves, "Fists of all ages shall be pumping!"

A GENTLEMAN’S GUIDE TO LOVE & MURDER

The Tony Award® winner for Best Musical, A Gentleman’s Guide to Love & Murder, tells the uproarious story of Monty Navarro, a distant heir to a family fortune who sets out to jump the line of succession, by any means necessary. All the while, he’s got to juggle his mistress (she’s after more than just love), his fiancée (she’s his cousin but who’s keeping track?), and the constant threat of landing behind bars! Of course, it will all be worth it if he can slay his way to his inheritance…and be done in time for tea.

AN AMERICAN IN PARIS

AN AMERICAN IN PARIS is the new Tony Award® winning musical about an American soldier, a mysterious French girl, and an indomitable European city, each yearning for a new beginning in the aftermath of war.

Acclaimed director/choreographer and 2015 Tony Award® winner Christopher Wheeldon brings the magic and romance of Paris into perfect harmony with unforgettable songs from George and Ira Gershwin in the show that earned more awards than any other musical in the 2015 season!

The New York Times raves, “AN AMERICAN IN PARIS is a triumph! Pure joy!” and the Wall Street Journal declares, “Once you’ve seen it, you’ll find it hard to settle for less ever again.” Don’t miss this stunning Broadway hit when it arrives in Austin on its first national tour!

In 1996, an original rock musical by a little-known composer opened on Broadway… and forever changed the landscape of American theatre. Two decades later, Jonathan Larson’s RENT continues to speak loudly and defiantly to audiences across generations and all over the world. And now, this Pulitzer Prize and Tony Award®-winning masterpiece returns to the stage in a vibrant 20th anniversary touring production. A re-imagining of Puccini's La Bohème, RENT follows an unforgettable year in the lives of seven artists struggling to follow their dreams without selling out. With its inspiring message of joy and hope in the face of fear, this timeless celebration of friendship and creativity reminds us to measure our lives with the only thing that truly matters—love.

THE BOOK OF MORMON

The New York Times calls it “the best musical of the century.” The Washington Post says, “It is the kind of evening that restores your faith in musicals.” And Entertainment Weekly says, “Grade A: the funniest musical of all time.” Jimmy Fallon of The Tonight Show calls it “Genius. Brilliant. Phenomenal.” It’s The Book of Mormon, the nine-time Tony Award ® - winning Best Musical. This outrageous musical comedy follows the misadventures of a mismatched pair of missionaries, sent halfway across the world to spread the Good Word. Now with standing room only productions in Australia, London, on Broadway, and across North America, The Book of Mormon has truly become an international sensation. Contains explicit language.