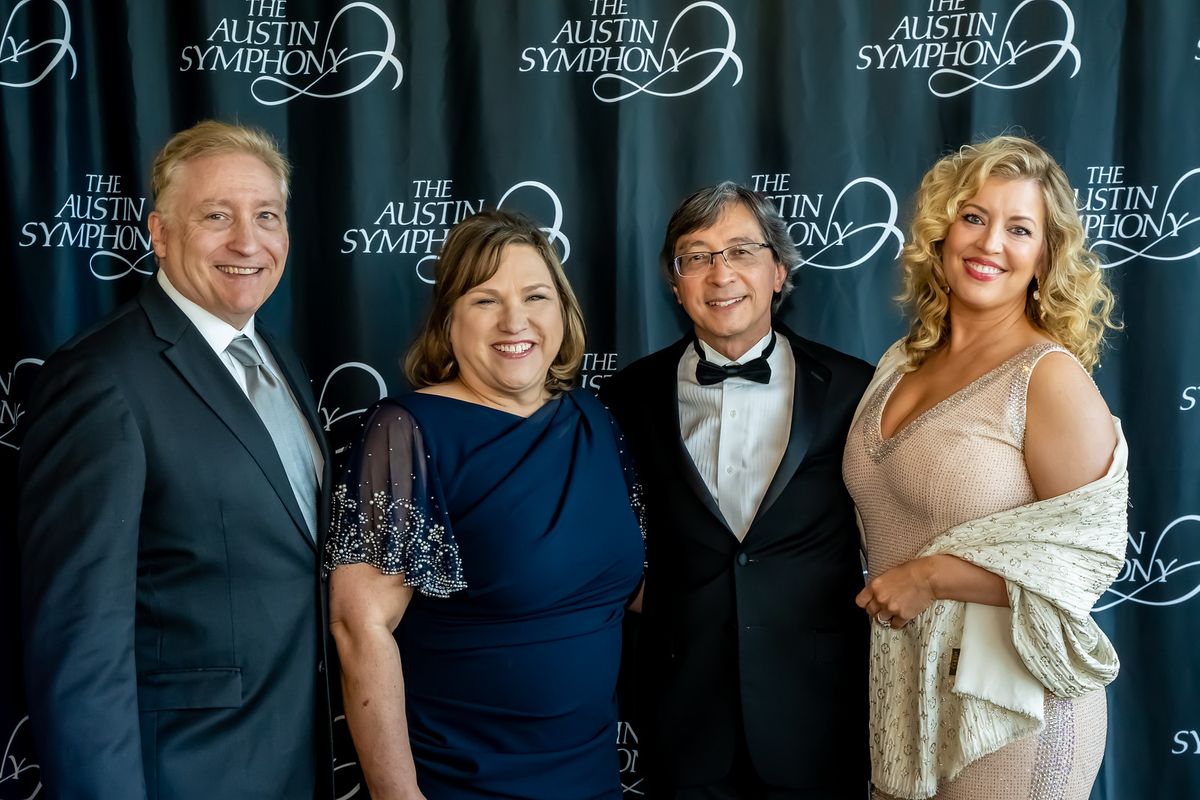 RAISING A GLASS...AND A BATON

The Junior League of Austin’s new event space was the recent setting celebrating a milestone of one of the Capital City’s most beloved cultural leaders. It was the place to be that evening as several hundred of Austin’s most notable sociables and philanthropists turned out to celebrate Maestro Peter Bay’s 25th anniversary leading the Austin Symphony Orchestra. In the process, patrons were treated to an unforgettable evening of fun, tributes and performances those on hand will not soon forget.

The Austin-chic crowd began the evening in the foyer of the Junior League for a cocktail hour. Upon arrival, partygoers were able to pose for photos on the step and repeat with the guest of honor and offer their heartfelt congratulations. Afterword, guests mingled about with the conversation flowing as freely as the spirits. The cocktail hour concluded with Mela Sarajane Dailey, Peter Bay’s wife, performing a showstopping rendition of the classic song, At Last.

The festivities then headed to the ballroom for the main program. As guests dined on delicious multi-course meals, they were treated to a dazzling array of musical performances and tributes as well as a special sneak preview of the upcoming 2022-2023 season. Performances included a set by the McCallum High School String Orchestra as well as the guest of honor, Peter Bay leading a concert with the Austin Symphony Orchestra for all to enjoy. The evening was capped off with a special presentation by the event’s co-chairs, who provided Peter Bay with a personal, customized book highlighting his life, experiences and accomplishments.

The event, co-chaired by Isabel Welland and Linda van Bavel, raised over $200,000 for the Austin Symphony Orchestra. In fact, $200,000 of that total, which was raised during the “paddles up” portion of the event, goes to funding Peter Bay’s new and exciting initiatives.