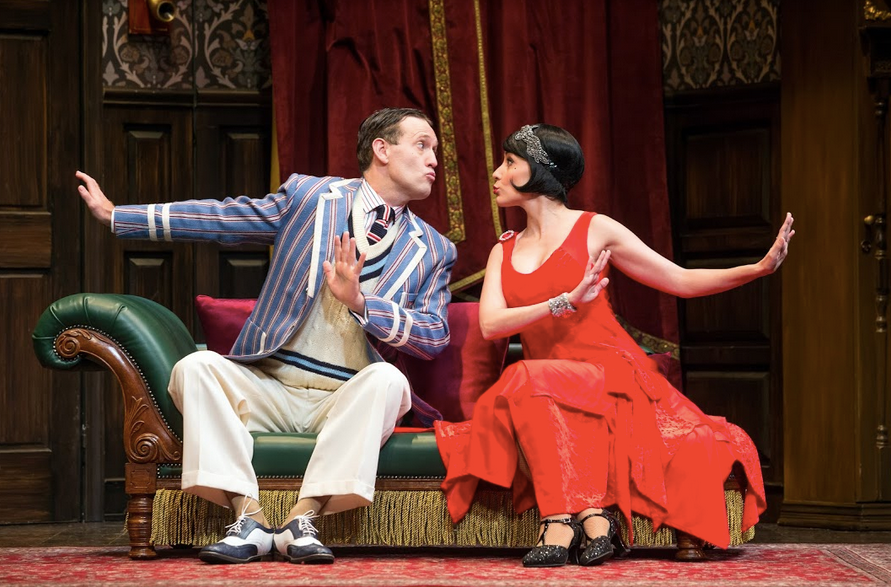 ROLLING IN THE AISLES: THE PLAY THAT GOES WRONG DEBUTS OCT. 23 AT BASS CONCERT HALL IN AUSTIN

October 19, 2018 7am By Lance Avery Morgan Photography by Jeremy Daniel

The Play That Goes Wrong, the hilarious Tony Award-winning hit Broadway comedy, thanks to Lexus Broadway in Austin presented by Texas Performing Arts, makes its Austin debut at Bass Concert Hall, October 23-28. Are you ready for this side-splitting farce?

Co-written by Mischief Theatre company members Henry Lewis, Jonathan Sayer and Henry Shields, The Play That Goes Wrong is a riotous comedy about the theatre. The play introduces The ‘Cornley University Drama Society’ who are attempting to put on a 1920s’ murder mystery, but as the title suggests, everything that can go wrong…does, as the accident-prone thespians battle on against all odds to get to their final curtain call.

The Broadway production of The Play That Goes Wrong opened at the Lyceum Theatre on April 2, 2017. The show, which was slated to close on Broadway in August of this year, will extend its run due to popular demand through January 6, 2019. By then, the Broadway production will have played 27 previews and 745 performances, making it the 2nd longest running show in the history of the Lyceum Theatre. The Play That Goes Wrong received a Tony Award for Best Set Design, Broadway.com’s Audience Choice Award for Best Play, and the Theater Fans Choice Award for Best Play.

It is a remarkable rags-to-riches story for a play which started its life at a London fringe venue with only four paying members of the public at the first performance, and has gone on to play to an audience of over 2 million people around the world. We love that and recommend this can’t miss farce.

WHAT: The Play That Goes Wrong

TICKETS: Tickets are available at BroadwayinAustin.com, texasperformingarts.org, the Bass Concert Hall ticket office, all Texas Box Office Outlets, by phone at 512.477.6060. For groups of 10 or more, call 877.275.3804 or email Austin.groups@broadwayacrossamerica.com