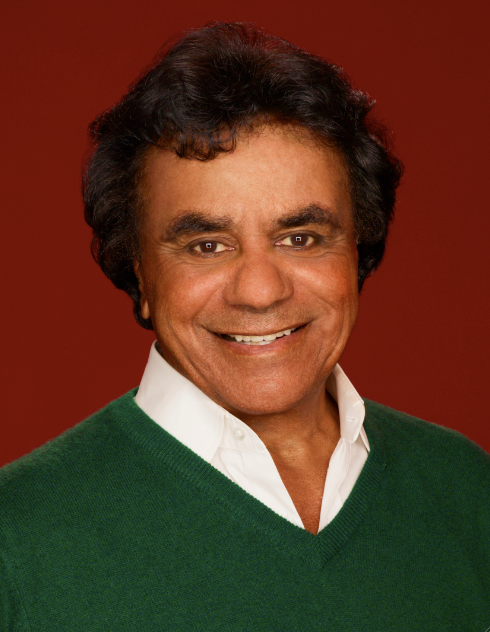 It’s not every day one talks to a musical legend. But today is that special day. When I speak with Johnny Mathis on the phone, his indefatigable energy is everything I hope from the musical maestro – lyrical, positive and ready to chat about his career. His is a long and successful story, to say the least – he and Barbra Streisand are the longest running vocalists on Columbia Records, as a matter of fact.

The native of Gilmer, Texas (close to Tyler) is performing in Austin at The Long Center on Saturday, June 13 and before that in Dallas at the AT&T Performing Arts Center on June 11. “The first time I was in Austin was a long time ago when I was a young man,” Johnny Mathis admits. ”It was so beautiful with its rolling hills…and the energy from university gives its wonderful quality.”

In fact, the effervescently youthful 79-year-old Mathis, who is celebrating his 60th year in show business, is much like the title of his 1957 hit, “Wonderful, Wonderful.” That wonderful career of his has been a nonstop activity of hits and musical acclaim, with a fan base that is legion.

His singing started as a child, and he admits, “My dad was a singer and also my best pal. One day, when we lived in San Francisco, he came home with a pile of wood – it was a piano that he assembled by himself. He sat down and played and, of course, I was an avid listener. He was a big asset to my singing since he saw that I was interested… and he saw I might have my talent.” When I ask who, besides his father, influenced his career, Mathis is ready to reminisce on how music affected his life.

It all started with vocal lessons at 13 to set him on his successful course. ”That was the catalyst for me – I studied at an early age,” he shares. “Many singers lose their voices and I was able to learn properly and maintain mine. When I meet young people starting out I tell them to learn to really learn how to do that so they’ll protect their voice and have it forever.”

His musical family and surroundings in San Francisco helped, too. “I listened to different singers. With six brothers and sisters who brought in all kinds of music, I was exposed to plenty,” Mathis avers. “I always enjoyed classical singers and also, Nat King Cole was a special favorite. He was so pleasant to listen to. In fact, when I started to sing he came to see me and we became pals. He was one of the greatest pianists in the world, you know.”

When I mention his album, ”Open Fire, Two Guitars” is one of my favorites and that the little known Mathis album reminds me of Cole, he recalls, “I loved doing that. It was spur of the moment with how it came about. The guitarists were absolutely marvelous and we did that with Percy Faith.” Faith, a musical direction genius, was known for giving acts the lush, orchestrated accompaniment with which Mathis is still identified.

When fame came knocking at a young age in the 1950s with hits like "It's Not For Me to Say," "Chances Are," "A Certain Smile," "Misty," "Gina," and dozens more, Mathis became a fixture on television and nightclubs as he toured the country. With stints on “The Perry Como Show,” “The Andy Williams Show,” “The Ed Sullivan Show” and a plethora more of the era’s T.V. staples, he helped break the segregated color barrier at the time and represented tremendous potential to African Americans when too few were on mainstream television and having huge hits like he was.

Another influence of his success? There were his ladies, as he calls them. Ella Fitzgerald, Lena Horne and Jeri Southern inspired him and when his fame afforded the chance to meet and work with them, he knew he’d really made it. I ask Mathis about the oft-forgotten vocalist June Christy from the era when he came of age since I thought he might have an affinity for her. “Are you kidding? We toured together with the Hi-Lo’s. Her voice was so sensual and she was the most charming lady.” He also counts going to Brazil early in his career, which had an effect on him as the region’s Bossa Nova music was just starting to become the phenomenon it would later be. “It was an eye-popping experience and I fell in love with the people, music, weather and scenery,” he states.

If there is a musical conduit from the past to today, it is Johnny Mathis. A surprise to most might be that he doesn’t read music (Doris Day and many other stars of his era didn’t either), but he has an almost elephantine memory of remembering the lyrics of the thousands of songs he has recorded. He says, “It takes me two to three hours longer to understand it but that’s okay. When I grew up the melody was very important and now it’s the rhythm. There doesn’t seem to be any melody anymore, just words, and I thrive on the melody I understand. We all have preferences.”

When I ask him about his own successful path, he is frank and offers advice to anyone pursuing a musical career, “It has to do with your personality – how malleable you are and how willing you are to utilize your own abilities. You have to apply yourself as much as you can and concentrate on what you do.” That applies to him being an openly gay man, where he advises that is not a hurdle in a career these days like it was in his era. “Just get on with it. Everybody is interested in anybody who does something well anyway.”

Always known for his keen personal style, I ask Mathis about his approach to dressing both on stage and off, and where his crisp style began. “My mom used to buy me sweaters, and with the multicultural influence in San Francisco when I was young I had a lot of input from people on how to dress,” he replies. “On stage I always thought I should make an effort for the audience and wear something I thought was “sharp” and it wasn’t until later on that I became choosy about what I wore on stage. Naturally, we were expected to look a certain way then.“

“Then in the 70s, with its “anything goes” approach, that was the only real lesson I had,” he goes on to say. “I was singing at the Sands Hotel in Las Vegas and I had just received an award by “Time” magazine and Ron Postal [the celebrity tailor who also dressed the James Bond movies and Steve McQueen] made me an outfit. It turned out to be so uncomfortable while I was singing I stopped the show. I told the audience that if they could be patient I would change clothes upstairs and come back down to sing. It was a matador-type of outfit. Not very me.” Lesson learned, Mathis sang through it like he sang through the 50’s up until the 70’s with a comeback of sorts, and his voice still resonates vibrantly with audiences today in 2015.

Mounted with an airy precision, Mathis’s albums – a mind-blowing catalog of over one hundred – never flinch from continued excellence and are a testament to his fortitude both personally and professionally. As Johnny Mathis states so eloquently, “I was always amazed that people listened to my music. If you hang in there long enough people will appreciate it. Then, you have to learn to appreciate what you have and share it.”