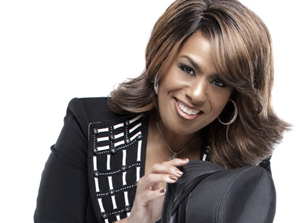 We love that Broadway’s original “Dreamgirl,” Grammy and Tony Award-winning Jennifer Hudson is slated to star in this summer’s Duke Ellington musical revue “Sophisticated Ladies.” For its premiere production in Austin, the show will play on the Topfer Stage from July 15 – August 23, 2015 under the direction of Abe Reybold.

“I’m thrilled that Jennifer is joining this incredible cast. She has a real affinity and love for Duke Ellington’s music, which I know will come through in her performance and will bring something very special to this production,” shares director Abe Reybold. “I’m also excited to introduce Austin to the choreography of Dominique Kelley. He has a deep knowledge of this style of work and brings tremendous versatility. He toured Europe with the revue “Black and Blue” at age 12, so he has an authentic history with this style of movement, but also brings a modern perspective with contemporary dance influences.“

An actress and recording artist, Holliday’s show-stopping, heart-stopping performance of the torch ballad “And I’m Telling You, I’m Not Going” in the smash hit Broadway musical Dreamgirls introduced her big soulful voice to the world and garnered her a Tony Award for Best Actress in a Musical and her first Grammy Award for Best R&B Female Vocalist. She won a second Grammy for her memorable recording of Duke Ellington’s sacred “Come Sunday.” Over the years, Holliday has worked and recorded with many other major artists including Barbra Streisand, Luther Vandross, David Foster, Paul Simon, Michael Jackson, and Jennifer Hudson and continues to perform all over the world with leading symphony orchestras in concert.