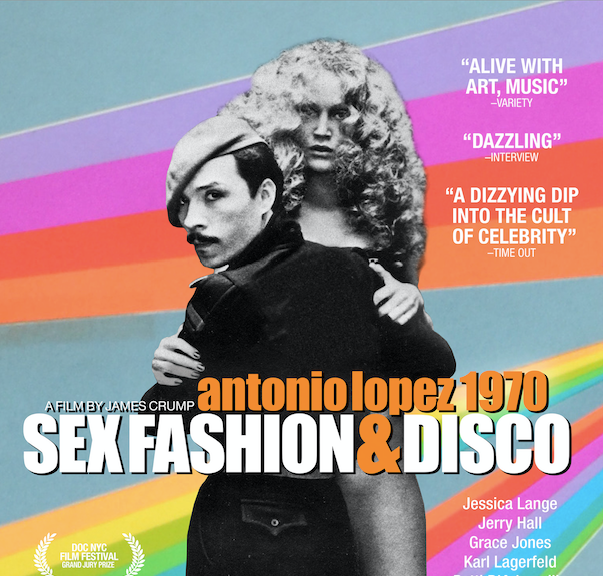 The place to enjoy the most fashionable holidays ever? At the Austin Film Society’s screening of Antonio Lopez 1970: Sex, Fashion, & Disco, the documentary film featuring Lopez (1943-1987) centers on the most influential fashion illustrator of Paris and New York in the 1970s and his colorful, outrageous milieu and band of followers in the Studio 54 era.

A native of Puerto Rico, Lopez was the son of a father who crafted mannequins and a mother who made dresses, Lopez was a child prodigy who began to sketch at the age of two, revealing a gift that would revolutionize the fashion industry.

It all happens on Dec 18, at 7:30, as part of their Homo Arigato series. In fact, why note immerse yourself in the colorful world of this influential fashion illustrator, as told through his friends in artwork. Here’s a link to the trailer: https://youtu.be/vmqnF0z9ST8 and information on tickets is at AustinFilm.org.