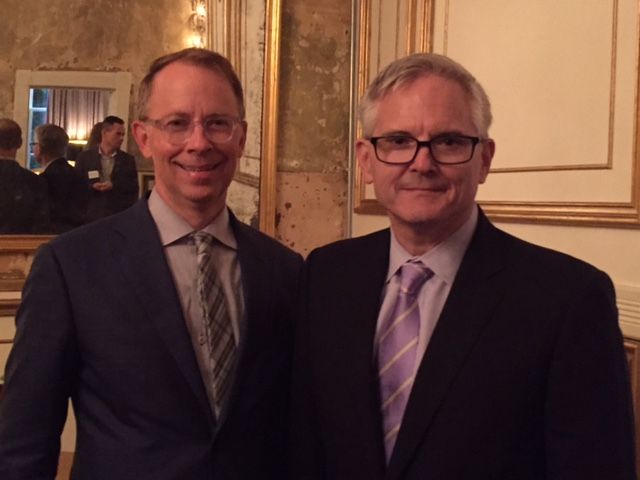 We love celebrating a successful business that gives back to the community, don’t you? That’s why we were dazzled when Midtown Independence Title recently celebrated its ten-year anniversary with a bash at the super-chic Palazzo Lavaca in downtown Austin. The company’s co-founders Douglas Plummer and Ed Ishmael rolled out the red carpet for approximately 150 clients and VIP guests to celebrate this milestone made even more incredible by the fact that two founding business partners have continued to prosper through their ten years in business.

Originally beginning in 2006 with three employees and an emphasis on residential properties, Midtown – Independence Title has grown to 19 employees, and has dramatically expanded its commercial real estate title insurance practice. The growth of Midtown Independence Title over the past 10 years has been attributable to both the founders and to Midtown’s employees focusing on “high touch service”. As a result, Midtown has created a loyal and devoted following of many of Austin’s top brokers and real estate professionals.

Companies like Midtown - Independence Title are admirable because they have consistently given back to the community over the past 10 years to maintain strong ties with organizations that reflect the values of the Austin. Midtown has done this by supporting and hosting a variety of non-profits near and dear to many in Austin including AIDS Services of Austin, Austin Children Shelter, Emancipet, Girl Scout, Human Rights Campaign, and several little league teams, to name a few.

During their 10th anniversary year, Midtown – Independence Title has designs to expand their footprint within the fast-expanding Austin market to include a broader reach into the commercial real estate market in addition to their strong following of residential real estate brokers in the Austin market and have no doubt a company that embodies the very values held near and dear to Austin will thrive even more in the next ten years to come.