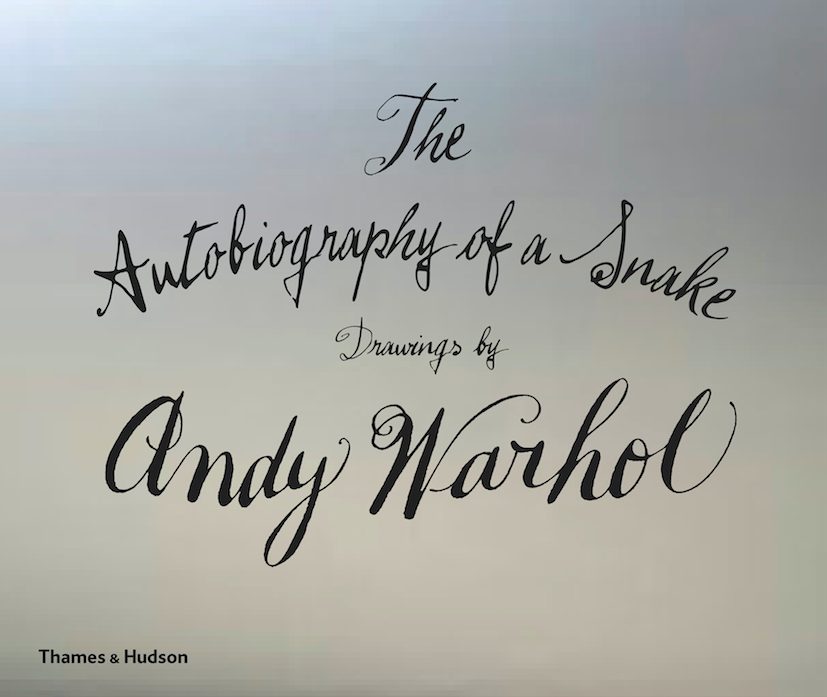 THE FAME GAME: NEW BOOK BY WARHOL, THE AUTOBIOGRAPHY OF A SNAKE EXCITES

As a pop culture society, we just can’t seem to get enough of Andy Warhol long after his passing decades ago. We love that he created THE AUTOBIOGRAPHY OF A SNAKE (October 2016, Thames & Hudson) in 1963, while he was working as a fashion illustrator in New York City for Flemming-Joffe, a leather goods company owned by Teddy and Arthur Edelman. In fact, the couple had given him his first job in New York City a decade earlier.

This chicly surprising and whimsical book follows a snake trying to scale the social ladder by transforming himself into accessories for a glittering constellation of 1960’s celebrities including Grace Kelly, Elizabeth Taylor, Jackie Kennedy and Coco Chanel.

As the snake navigates the world of the rich and famous, playing the role of a lifetime, it’s easy to see him as a stand-in for his creator. Each colorful, creative, and tongue-in-cheek spread showcases Warhol’s signature style. THE AUTOBIOGRAPHY OF A SNAKE is a brilliant portrait of the artist’s obsessions, his talent, and the world he would one day conquer. And, his artful legacy lives on.