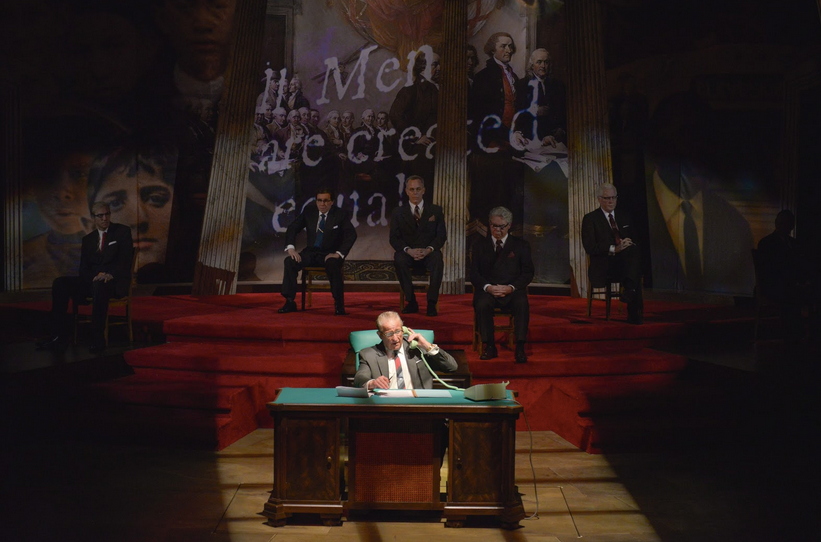 THE GREAT SOCIETY AT ZACH: FOLLOW-UP HIT TO ALL THE WAY

The Texas premiere of The Great Society, the second of Robert Schenkkan’s stirring LBJ plays exploring Texas’ own political mastermind and his memorable years in the White House, plays on stage in the Topfer Theatre January 25 – March 5, 2017. Directed by Dave Steakley, ZACH Theatre’s Producing Artistic Director. The follow-up hit for All The Way has high expectations and we can’t wait to see this next dynamic chapter. In fact, Steve Vinovich returns to the role of President Lyndon Baines Johnson, after his acclaimed performance in ZACH’s All the Way.

Despite division over the Vietnam War and ongoing civil rights issues, Johnson championed the most ambitious legislative work – an end to poverty and racial injustice, education for all schoolchildren, healthcare for seniors, and voting rights – in his vision of a Great Society. In this political thrill ride, The Great Society examines who we are, asks how we got here, and dreams of how great we could yet become.

Tickets and more information can be found at http://www.zachtheatre.org