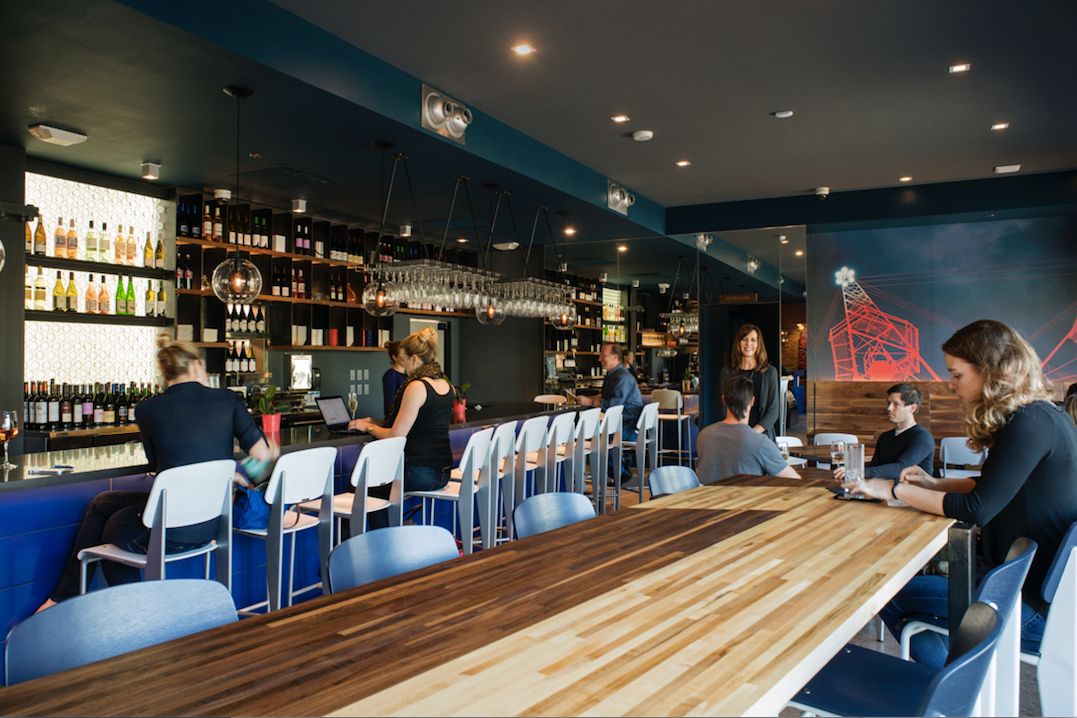 THE PLACE TO BE: AUSTIN’S NEW HOTEL ELEVEN

April 16, 2018 7am By Rob Giardinelli Photography by Paul Bardagjy

As busy gals and guys on the go, we get that it can be tough to schedule some me time to recharge. Given how fast-paced life can be, we often forget we can get some well deserved rest and relaxation in our own backyard or in a nearby city. To avoid the stress and logistics of a trip out of town, may we suggest a staycation to rediscover why we love Texas in the first place?

Austin is lucky enough to have a gem right just off of downtown that allows for you to get away from it all without having to leave town. It is the series of locally owned establishments along the East 11th Street District. The area is anchored by the Austin-chic Hotel Eleven located about a mile east of the Texas Capitol at 1123 East 11th. The three story building is East Austin’s premier botique hotel featuring fourteen distinct and original rooms with a uniquely Austin flare. Each one perfectly capturing the essence of Texas’ capitol city in its own way.

We arrived Friday late morning, by a ride share, for an early check-in where we were warmly greeted by Hotel Eleven owner Shelly Leibham. We were promptly checked in and escorted to our room. As we exited the elevator we noticed communal tables for guests to congregate. Each floor features these areas to congregate with other guests as well as friends who may also be staying at the hotel. Leibham noted “We get buyouts from companies during events such as SXSW. Wedding groups are also popular because our small size is perfect for a small wedding and we are close to two wedding venues.”

Once inside we were enamored by the attention to detail which went beyond the high-industrial design of the room which featured high ceilings, exposed metal beams and a silk screen picture of the iconic 360 Bridge. It also included a complimentary basket filled with all kinds snacks, Topo Chico and mini-champagne bottles that included a personal hand written note welcoming us to the hotel. The bathroom featured a large sink with two faucets and a separate tub and rain waterfall shower that easily rivals any bathroom at a five-star spa.

Feeling hungry, Leibham escorted us down the street to Blue Dhalia Bistro, located at 1115 East 11th for lunch. A perfect afternoon, we dined al fresco out front of the French-inspired restaurant as the energy of the pedestrian traffic walked by that maintained an Austin feel but at the same time, had a vibe of the top al fresco restaurants in Los Angeles. We sampled their fresh breads that we recommend ditching the butter for the complimentary, homemade raspberry and orange marmalade served with the basket. We rounded out our meals by sampling a Hummus Tartine with Avacado and Brie and a Mozzarella Salad. Both were fresh and delicious.

As we exited the patio of Blue Dhalia, we looked up the street and noticed bike racks across the street from the hotel. We each grabbed a bike and rode around East Austin burning off the calories from our lunch and enjoying spotting the eclectic residents and locally owned businesses along the way.

Upon heading back to the hotel, I checked my phone and noticed I had to tend to some business. I went up to my room to grab my computer and head downstairs to work in the lobby that also features a bar. The space was open and bright. Perfect for getting some last minute work done on a Friday afternoon. As Leibham walked by to see how I was enjoying my stay I asked what business travelers most appreciated about Hotel Eleven. She told me that the one-of-a-kind rooms and inviting common areas allow “Our business travelers feel as if we are a home away from home for them, particularly our repeat business travelers. And they really like being close to downtown, yet not quite in the middle of all the hustle and bustle.”

After completing my work, I headed back to my room for a disco nap in the incredibly soft and comfortable king-sized bed. After waking-up, I showered and got ready for dinner at Old Thousand located at 1000 East 11th Street. The funny thing about staycations, is you can invite friends who you have been trying to get together but just can’t seem to make the time. We did just that inviting another couple to join us for a long-overdue dinner to catch up. Old Thousand’s Asian-inspired menu is best enjoyed by ordering a series of dishes and eating them family-style so you can sample the great range of foods on the menu, which changes seasonally. Everything was five-star especially the Veggie Dan Dan, Pineapple Beef and the out-of-this world good Orange Chicken.

After dinner, our foursome headed back to the Hotel Eleven bar for a nightcap…or two. We began with glasses of wine and champagne in the lounge directly to the left of the check-in area which features a long couch, wing chairs and a coffee table to anchor group conversation. After ordering a second round of drinks, we headed up to the Hotel Eleven roof deck which features both lounge and high-top cocktail seating areas with panoramic views of downtown Austin including the iconic Texas Capitol and UT Tower. It was the ideal way to cap off a perfect day.

After a great night’s sleep, we checked out on Saturday morning, checked out by phone and boarded our ride share to head back to our everyday lives just a few miles away. The next time you are feeling the need for a quick staycation, even if it’s just for an evening, look no further than this gem in the middle of Austin. I promise you will be dazzled and I, for one, know I will be back.