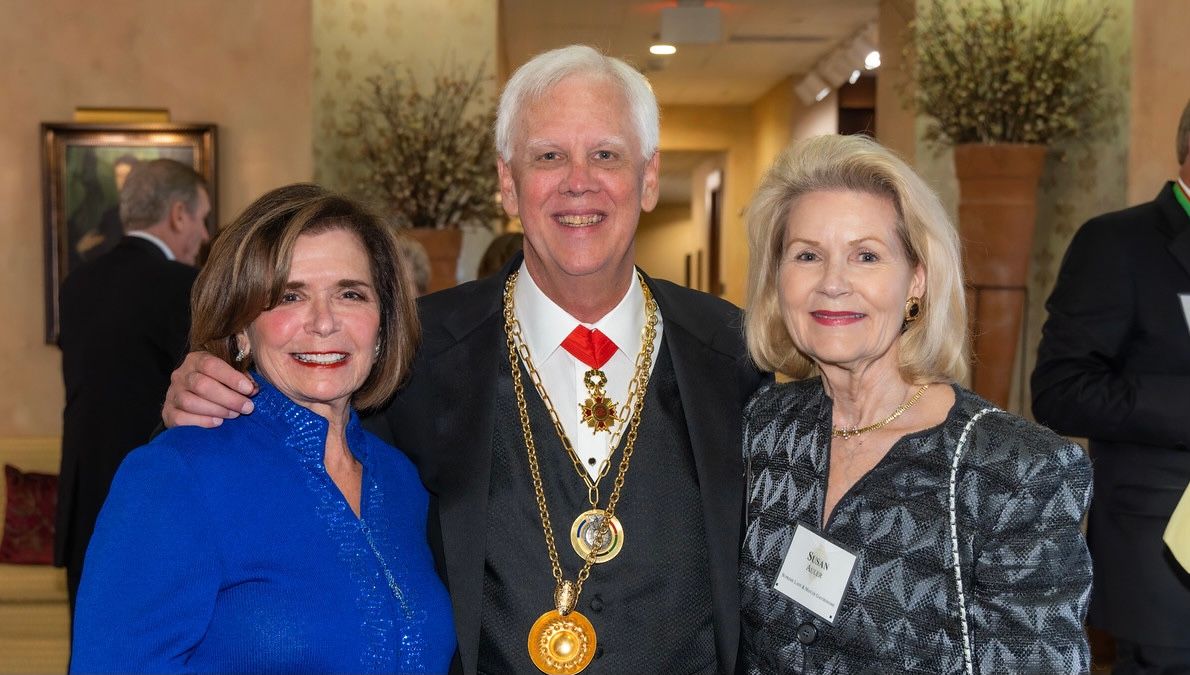 THERE IS TRUTH IN WINE

We love that the Austin Chapter of the Brotherhood of the Knights of the Vine of America recently hosted the 21st annual Grand Assemblage and Enthronement Dinner at the Hotel Granduca Austin. Upon arrival, the members, happy to see each other after months of separation due to Covid, enjoyed lively conversation and a champagne reception in the veranda and outdoor patio with passed hors d’oeuvres.

The KOV Austin Chapter Cadre along with Robert C. “Buddy” Hagner, Jr, Grand Commander of the Knights of the Vine of America, walked in procession to the front of the ballroom for the enthronement ceremony.

Founded in 1964 and in the tradition of wine brotherhoods around the world, KOV seeks to promote the US wine industry and educate members to the benefits and enjoyment of wine. KOV strives to promote American wines and wine producing regions; to introduce and recognize quality wines from around the world; and rekindle the respect of wine and wine culture for mankind and country. Currently, there are 16 chapters in the U.S.