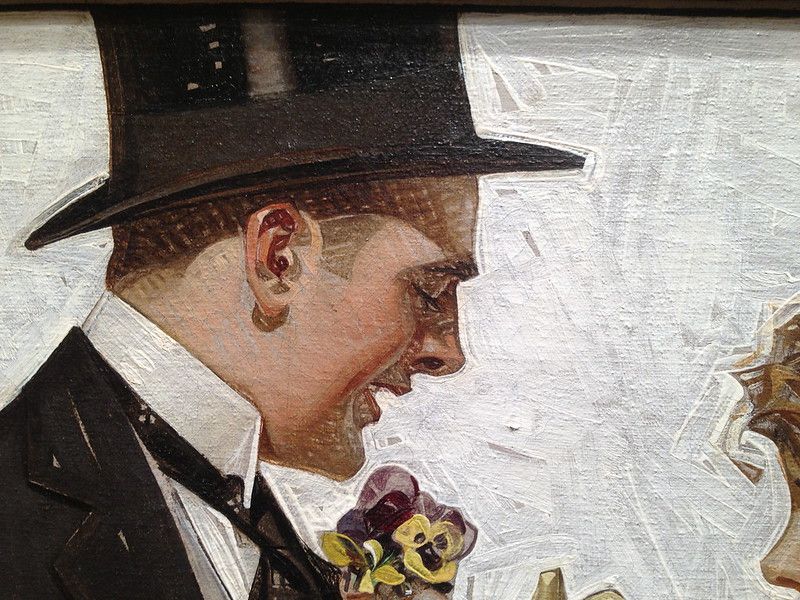 It’s no secret that in a world of mostly good design, and good design choices, we can often take for granted the art and artistry of things like the Apple suite of products, the Tokyo 2020 (now 2021) design poster, and artists like Shepard Fairey, whose 2008 Obama campaign poster rocketed the art and pop cultural worlds.

But, where did all this begin? Surely in the United States, where artist and illustrator JC. Leyendecker is the father of what we know as clean, modern design. His rise in the Victorian era as a commercial artist and magazine illustrator pulled the world out from a flowery (and stuffy) Victorianism. The German-born and American-raised artist hailed Chicago as his town of primary origin (you don’t have to look far to see artfulness in that city with its stunning architecture and as the home to the Chicago Art Institute, as well as many world-class buildings.

Leyendecker’s popular work was welcome from Europe to Texas. His aesthetic led to the famous Arrow Collar Man campaign which helped to re-define American masculinity. His covers reflected the bright, shining America of his time. In fact, Leyendecker is credited with “virtually inventing the whole idea of modern magazine design.” Studying at the Chicago Art Institute, then in Paris, he refined his skill with razor- sharp clarity that characterized his subjects, both male and female-focused. His point of view was to produce pieces depicting extraordinarily handsome young men and women in the prime of their lives.

He also created a series of twenty "Kellogg's Kids" to promote Kellogg's Corn Flakes and also painted recruitment posters for the United States’ WWI effort–how All-American is that? His work was so prolific during the golden age of magazines, that he produced 322 covers (and some interior illustrations) between 1896-1950.

His personal life was just as glittering. He and his lifetime life partner Charles Beach hosted large galas attended by prominent people from all the pop culture sectors of art, music, literature, theatre, and film.. Their parties they hosted at their New Rochelle home/studio in the 1920s were important social and celebrity-making events.

Leyendecker’s popularity waned after the mid-twentieth century that at his estate sale in the 1950s, most of his original work went for $75 each. Gone, but certainly not forgotten, today there is a renewed collectability of his talents, so keep an eye out for a Leyendecker piece at the next estate sale you may visit.