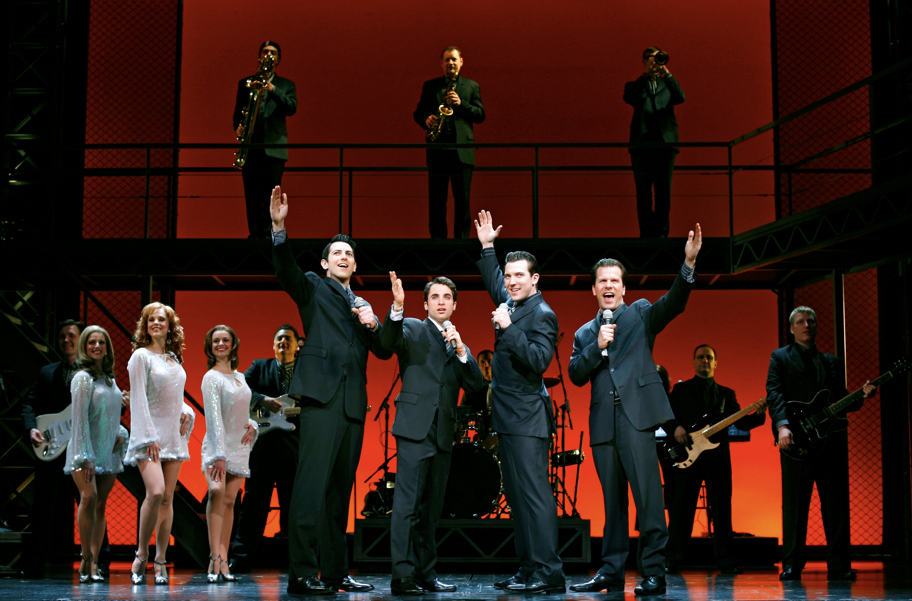 Who Loves You Baby: Jersey Boys Coming To Austin

“Jersey Boys” – that hit Broadway musical, opens in Austin this spring and we can hardly wait. In this production, you can follow the exhilarating career path of Frank Valley and The Four Seasons as they embark on their journey to becoming America’s most beloved 1960’s era pop sensation, while singing along, of course.

The Jersey Boys: Frankie Valli, Bob Gaudio, Tommy DeVito, and Nick Massi created an addictive harmony featured in this play. In fact, the Jersey Boy’s sound was so incredible that the band sold 175 million records world-wide, an impressive feat that many performers would find almost impossible. The show features all their hits including “Sherry,” “Big Girls Don’t Cry,” “Oh What A Night,” “Walk Like A Man,” “Can’t Take My Eyes Off You” and “Working My Way Back To You.”

The love for these 60’s boys grows stronger and stronger as the production mirroring their musical profession. Jersey Boys continues to “wow” audiences across the globe.

The show is sponsored by Lexus Broadway in Austin - and will be at Bass Concert Hall from March 24th-29th. Buy your tickets now from the Bass Concert Hall box office, Texas Box Office Outlets or by phone at (512) 477-6060 or visit BroadwayAcrossAmerica.com