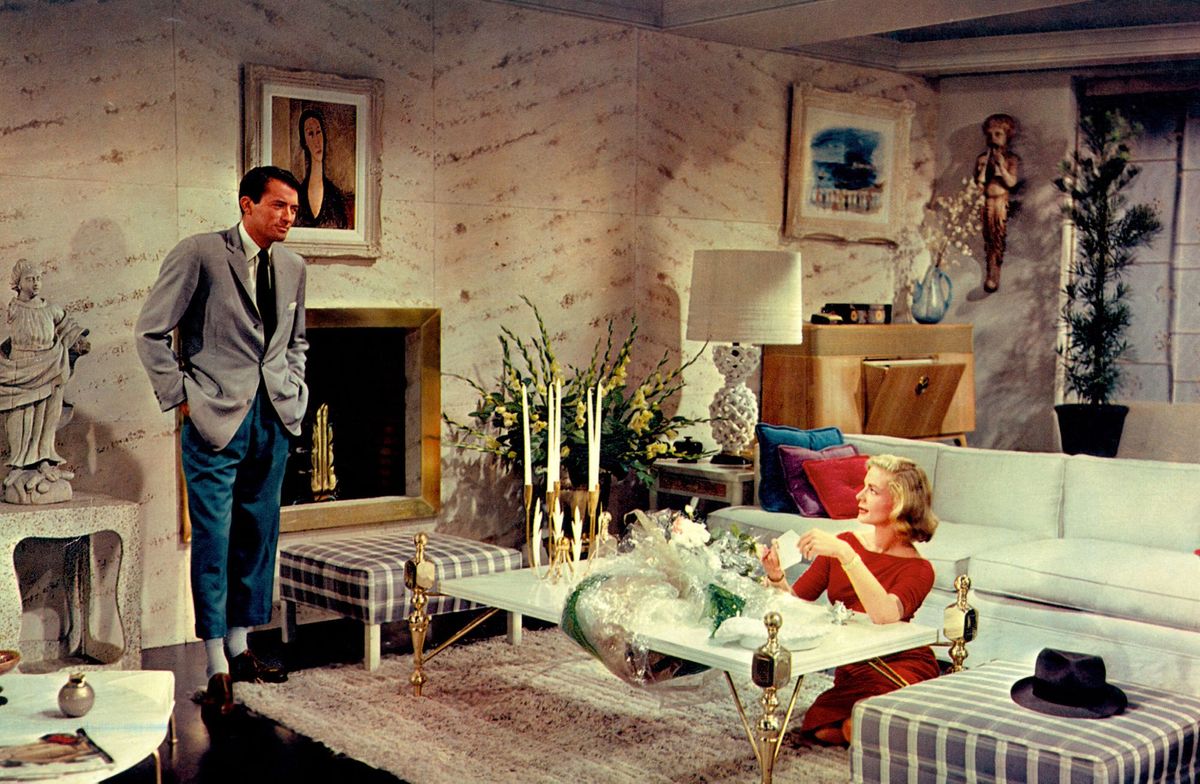 It was the middle of the 1950s when the film, Designing Woman, was produced by MGM (in 1956 for a 1957 release), one of the most stylish film studios of Hollywood’s Golden Era. Starring Lauren Bacall and Gregory Peck, two of the era’s popular stars, it oozes five-star glamour from the first frame of the movie.

Of course it’s an age-old story (based loosely on MGM’s 1941 hit, Woman of the Year, starring Katherine Hepburn and Spencer Tracy), updated for the re-telling of two people from completely different worlds who evolve into a love affair. In fact, Peck plays Mike is a sportswriter and poker enthusiast with working-class friends, while Bacall designs clothes for a wide array of “artistic” personalities. Cue up the collision course of cultures, unusual friends, and colleagues, even when they marry.

With costumes by Helen Rose, it’s a tour-de-force with how Bacall can continue to top herself with the top fashion of the day, including, yes, a mink dress. Filmed in glorious Technicolor, the clothing, sets and locations are unparalleled and capture the 1950s in New York that only the movies could. Ah, New York of yesterday.

To screen the movie, check TCM or you can purchase online.