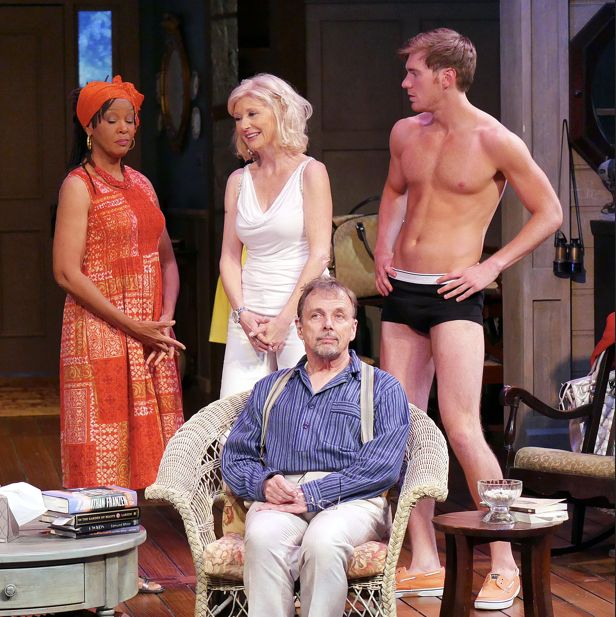 ZACH DEBUT: VANYA AND SONIA AND MASHA AND SPIKE

ZACH Theatre in Austin has another hit on its hands with the Central Texas premiere of the Tony Award-winning comedy, CHRISTOPHER DURANG’S VANYA AND SONIA AND MASHA AND SPIKE that runs through June 22nd at the Topfer Theatre. ZACH’s production stars Beth Broderick– of ZACH Theatre's 33 Variations, Sabrina, the Teenage Witch and NBC's Under the Dome; Lauren Lane of ZACH Theatre's God of Carnage, August: Osage County and the hit TV series The Nanny; and Jaston Williams of ZACH Theatre's TRU, Our Town and the popular Greater Tuna series, under the direction of ZACH Theatre’s new Associate Artistic Director, Abe Reybold.

In this hilarious parody, Christopher Durang spins a combination of Anton Chekov's great works, like Uncle Vanya, The Three Sisters, and The Cherry Orchard, while upending Chekov's themes of heartache and regret to gleeful results. Vanya (Jaston Williams) and his sister Sonia (Lauren Lane) live a quiet, country life in their childhood home with plenty of time for self-reflection, and humorous counsel from their housekeeper Cassandra, who believes she has the gift of prophecy. Their pastoral world is upended by the return of their dazzling sister Masha (Beth Broderick), a high-maintenance Hollywood movie star, and Spike, her young uber-hot boy-toy. Together this unlikely foursome is plunged into an absurd weekend of sibling rivalry and regrets that are triggered by a wacky costume party.

"There are no shortage of edgy dramas being written by contemporary playwrights these days, but finding a new laugh-out-loud comedy is rare. Durang has written a smart, delicious play that lampoons contemporary life with genuine affection for the foibles of reaching middle age. He has written six razor-sharp comedic roles that actors dream of playing and I can't wait to get this one on the Topfer stage under Abe Reybold's masterful direction," says Dave Steakley, Producing Artistic Director.