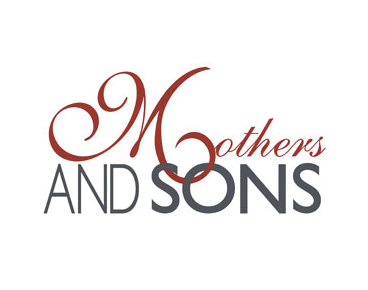 Want great drama? It’s at ZACH Theatre, which recently announced that Emmy Award-winning actress Michael Learned, best known for playing the mother on The Waltons TV show, will join Martin Burke, Nicholas Rodriguez, and William May in the upcoming production of Mothers And Sons the touching new family drama by four-time Tony Award-winner and native Texan Terrence McNally. Mothers and Sons will play at ZACH’s Topfer Theatre from May 27, 2015 - June 21, 2015 under the direction of ZACH’s Producing Artistic Director Dave Steakley. Run, don’t walk, to see it.

Why? Mothers and Sons is, of course, a provocative, beautiful new play about a mother who pays a surprise visit to the New York apartment of her late son’s ex-partner, who is now married to another man and has a young son. Challenged to face how society has changed around her and without her, she is finally able to see the rich life her son might have led. “Terrence McNally’s writing has played a significant role in the life of ZACH Theatre – Ragtime, Master Class, Love! Valour! Compassion!, Frankie and Johnnie in the Clair de Lune, to name just a few of his plays that we have produced,” says Steakley. “Mothers and Sons is a beautiful play of this moment in time as our country, and our state, struggles to define what constitutes a family, and who has the right to marry. “

Michael Learned recently portrayed the mother, Katharine Gerard, at Philadelphia Theatre Company to critical acclaim. Learned is a four-time Emmy Award-Winning Actress, three for her work as Olivia Walton on the acclaimed TV series, The Waltons, and one for her role as Mary Benjamin in her own series Nurse. She is also a Peoples’ Choice Award Winner and four-time Golden Globe Nominee. Martin Burke (This Wonderful Life, Peter and the Starcatcher, and the The Santaland Diaries at ZACH Theatre) will play the role of Cal Porter. Nicholas Rodriguez (Les Misérables, Master Class and Love! Valour! Compassion! at ZACH Theatre) will play the role of Will Ogden. Nicholas is perhaps best known for the role of Nick Chavez on ABC’s One Life to Live, and for his Broadway role as Tarzan in the Disney production of Tarzan. Bud Ogden-Porter will be portrayed by young actor, William May (A Christmas Story, and Tiny Tim in A Christmas Carol at ZACH Theatre). For tickets and more info, visit http://www.zachtheatre.org