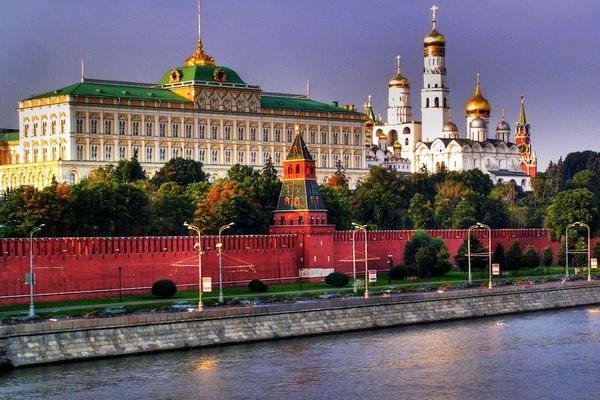 It’s the fabled capital of a fabled country. Moscow, shrouded in mystery, still remains enchanting as a world-class city. Newly moneyed, it’s teeming with luxury, glamour, and the high life. Here, we are a fly on a vodka glass as we take you to Red Square, St Basilia and experience an endless arsenal of chic private restaurants and a sensational nightlife.

White Russian. “To Russia With Love.” Molotov cocktail. Each icon comprises an intriguing part of the culture of Russia and in particular, Moscow—the other city that never sleeps. But why does this capital of one of the world’s greatest superpowers, with a population that has swelled to 12 million people, remain so compelling to its almost 50 billionaire residents and its visitors? For those fortunate enough, it’s a heck of a great city, despite its sometimes-harsh weather. When it’s gray and cold, it is very gray and gold. When it is sunny, the city seems to glitter as much during the day as it does at night with all its neon glory.

If you visit in the fall, bring a heavy coat and if you go in the spring or summer, light clothing is best to see this dynamic capital of the former UnitedSoviet Socialist Republic. I refer to its earlier incarnation because one can’t help still feel the mystique of the country’s numerous decades of bland—and often dangerous—oppression. For its booming economy and all those who are catalysts for it, perhaps danger is part of the attraction. For Americans, the lure is unquestionably its world-class sites.

Enjoying the city from the backseat of a dark, liveried sedan always proves best as there is no highway system in Moscow and all roads lead to the center, providing significant traffic issues during peak work hours. Finding a driver who can liaise passes for some of the city’s most desirable attractions or getting the tips through your hotel is Step One to navigating this maze of a city. One hotel where I stayed in particular, the MaMaison Pokrovka Suite Hotel, a member of the Small Luxury Hotels of the World in the northern part of the city near the Garden District, provides a stylish retreat from the city’s lively center. With elegantly contemporary appointments, this brand new hotel offers room to spare for a stay anywhere from a long weekend, as I did, to several weeks for business. “We strive to live up to all of the characteristics, which a Small Luxury Hotel customer expects: attention to detail, warm and personal service and a feeling of comfort and connection with the surroundings that you simply cannot experience in a big box property,” shares JJ Doran, the hotel’s corporate director of sales & marketing.

The hotel’s main restaurant, Numbers, serves everything from breakfast to supper, and its bar turns into a quasi dance club for late night revelers. Its spa, the Algotherm, is a haven for rejuvenation experiences with private treatment rooms, a fitness center, swimming pool, sauna, steam room and solarium. A range of heavenly spa treatments is available, including thalassotherapy—a hydrotherapy procedure with sea or flower water. Yet, “heavenly” doesn’t even begin to describe the overall effect of MaMaison Pokrovka. “The name of the hotel—MaMaison or My House—reflects our desire to offer guests the cozy feeling of a luxurious private home,” says Fedor Filimonov, the hotel’s general manager.

You won’t need too much rejuvenation from the journey at the hotel unless it is from the exhaustion of constant sightseeing, because the new Singapore Airlines direct flight from Houston to Moscow will have you there in about nine hours. And, it seems you’ve already landed once you are entrenched in all the plane’s amenities, including hundreds of channels on a flat screen TV in the first and business class section, several meals throughout the flight, and service to which most airlines still aspire. It’s almost like making a quick trip to London or Paris for the weekend, yet going to Moscow offers a tad more of an exotic feel.

Motoring about the city—again with the right driver or tour guide—inspires boundless unique experiences for many days. When in Rome, do as the Romans do, and the same goes for Moscow—go to Red Square first. View the historic majesty of the St Basil cathedral, day or night, cold or warm. It will take your breath away. Much bigger than in photos, St. Basil is surrounded by so many historical buildings, including Lenin’s Tomb in the square. Don’t be surprised to see wedding parties on the streets when traversing the square and the rest of the city. Marriages are a big business in Moscow, with entire wedding parties and their attendants promenading in public spaces 24/7.

At Red Square, beware of tourist traps outside the corridors. Save your energy for GUM, the Rodeo Drive-inspired mall of the city. Luxury to the Nth degree proves a way of life in this centuries-old Rococo structure. In the long and narrow strip, you can find any brand from Louis Vuitton to Hermès and beyond for the right, large amount of rubles—still the country’s main currency. In fact, with Moscow’s economy still booming from the last 10 years of progress, luxury is everywhere—on billboards, in train stations, on large ads on sides of buildings, and on extensive neon product lighting on just about every skyscraper and multi-floored office building. It feels a little like Las Vegas with the constant high-end marketing, and here, as in Vegas, people live big and rich. 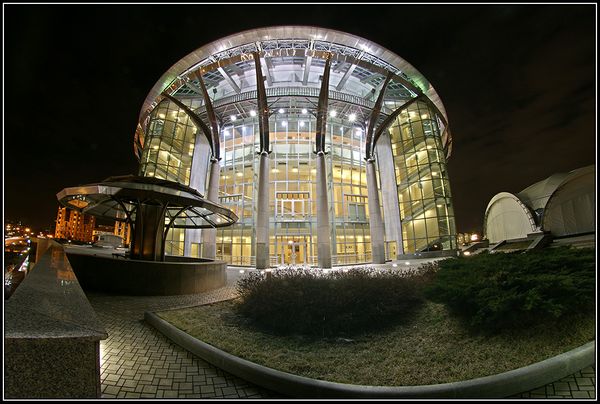 Part of living big is the wide scope of the country’s cultural history. You’ll want to spend at least a day at the infamous Kremlin. First stop, try a tour of the Diamond Fund exhibit. Though permanent, a reservation is needed because the venue, as you can imagine throughout the Kremlin, is sanctioned for high security. In fact, everywhere around the Kremlin, Red Square and its many main streets and bridges, police officers are stationed and ready to protect its civilians in case of unrest. Yet, at the Diamond Fund, sponsored by the Ministry of Finance and the State Treasury of Russia, the legacy court diamonds from back to Catherine the Great are a treat for the eyes. Fabergé, Cartier, and all the great stonecutters share a grand presence in the exhibit, too.

Nearby, you’ll want to visit the Armory, which houses all the ambassadorial gifts to the country from several centuries back: from golden salt peters gifted from Denmark (when salt was considered to be as valuable as currency, these certainly had there place in the royal palaces) to dresses, ceremonial clothing, and armor to coaches enjoyed by Peter the Great, Catherine the Great, and the monarchies through the Romanov dynasty. It’s all in one building, and similar to, yet not nearly as large in scope as the Smithsonian Institution, the Armory is a destination for any luxury-loving tourist.

When you’re touring the city, have your driver pull over for lunch at two places in particular. First, Turandot, a Louis XIV-inspired restaurant that can be compared to Maxims in Paris or Le Carice in London, is Russian fine dining at its very best. As a Mozartian duo serenades you in period garb, the strings of the cello will have you glued to your chair for hours. Dark, sexy, and perhaps a tad bit more French than even the French do, it is a place for lovers and lovers of fine cuisine.

Café Pushkin, next door, is another experience all together. Much like an Italian bistro with lots of tables for two nestled in the corner, it’s dessert selection is the talk of Russia and proves an altogether alluring place to grab a meal and drink, whether quick or extended.

After these meals, explore Moscow on your own, on foot. You can see first-hand the Tverskaya Ulitsa, Moscow’s version of Fifth Avenue, with department and luxury stores aplenty. The Ritz Carlton is nearby and you’ll want to have a cocktail there on the rooftop bar. For the adventurous, hop on a Metro, as public transportation has always been the mode of transportation for Muscovites. The Beaux Arts architecture in the subway stations is some of the finest public architecture anywhere in the world. Always bustling, make sure you have correct directions for your destination, as the Russian Cyrillic alphabet found in the Metro stations can be confusing for even the most well-versed language arts experts.

For something off the beaten path for your next restaurant choice, there is a fashionable little joint called Apartment 44. Designed to resemble a home, it has a pub with live music downstairs and dining upstairs on quaint tables topped with continental style, yet simple cuisine. For a special treat, dine at Sky Lounge on the 22nd floor of the Russian Academy of Science—one of the tallest buildings in the city. Its nighttime, 360-degree panoramic view of Moscow will have you lounging for hours as you enjoy the twinkling lights of the city.

For a one-of-a-kind dinner in a private club, where reservations or membership are necessary, try dining at Petrovich. There, the Glasnost 80s self-indulgence never ended. Dinner, disco, dancing, and vodka shots are par for the Bacchanalian course here. You’ll truly see how the billionaires live when they are not managing their fortunes. Champagne, caviar (any kind but Russian because the sturgeon source has all but evaporated as a fish egg delicacy source these days) and flavored vodkas (recommended: cherry) are consumed while the music of Prince, Flock of Seagulls and Wham blasts in the background. In Moscow, if you are very well-to-do, or live like you are, the party lasts until sunrise, and, even then, there is no guarantee it stops. For some, nightlife is a way of life. “Moscow became a typical megalopolis, which offers a wide variety of entertainment, with the opportunity to see and chat with friends or get rid off the stress you accumulated during the day,” says Alexander Radostev, a lifelong resident of Russia and a pharmaceutical executive.

Other hot clubs, clad with ultra hip guests, are GQ, Diaghilev Project and Rai. These clubs administer guests with stringent “face control” policies at the velvet roped-entrance, while bottle service reservations start in the low four-figures and easily run to five-figures for a night in a VIP booth. Not surprisingly, these clubs are packed every single night. Celebrities such as Christina Aguilera are regularly flown in for million-dollar-a-night appearances to add even more caché and exclusivity to these dens of hedonism.

After you’ve gotten some rest, you’ll want to consider more cultural pursuits. No trip to Moscow would be complete without a night at the Bolshoi ballet. I was fortunate to have attended a performance of Swan Lake in black tie. Witnessing every elaborate detail from our box, the show proved world-class, as expected. After all, only the finest athletes in the world perform here in opulent costumes amidst the dazzling orchestration. The primary Bolshoi Theater is currently closed for reconstruction until later this year, but its full schedule is being held in the smaller New Stage nearby. An outing like this reminds any visitor that culture is crucial to the Moscovites. “It is a very important part of city's life,” affirms Radostev. “You can barely have real picture of Moscow without it. It helps you to better understand the history and trends of modern development in different areas of interest.”

In this city of interesting dichotomies—one of climates both deliriously cold and then glowingly warm in the spring; one of a long era of oppression and then a plethora of riches; one of sweeping history and abject cruelty. Russia and Moscow have finally come into their own as destinations at the top of any traveler’s list. When you do go—and it should be soon—make sure you go to Russia with luxe.