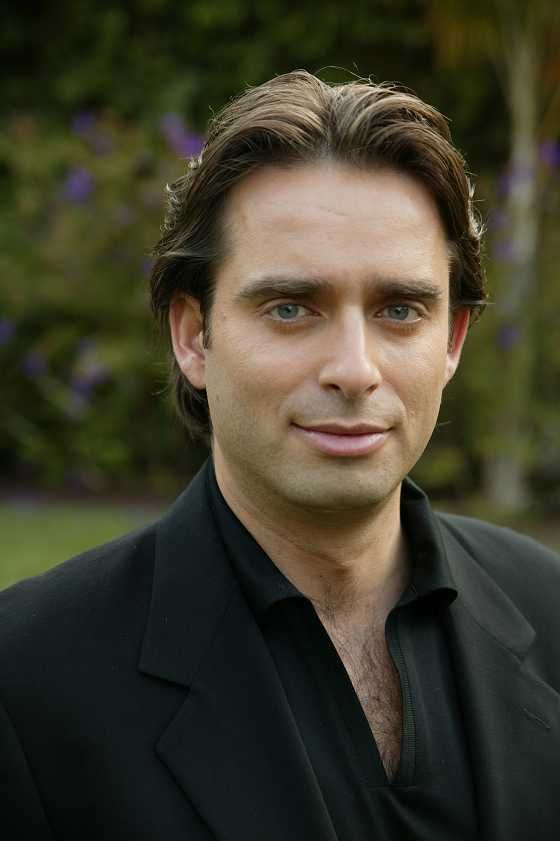 When Bruno Campos debuts this season as Dr. Quentin Costa on the FX network’s television hit, Nip/Tuck, you’ll see what all of Hollywood is talking about. Here he reveals to me what it is like to be called one of People magazine’s sexiest men alive, how sexy is defined to him, and why doing Shakespeare is only for the brave.

This Brazilian-born actor, who spent his youth in Houston, is just about the hottest commodity on the Coast these days. You may know Bruno Campos as Christina Applegate’s boyfriend on the hit NBC comedy, Jesse. Or from roles on Will & Grace,Boston Legal, ER, the Showtime series Leap Years, and most recently, a starring role on ABC’s acclaimed political drama The D.A. Now he’s wielding his scalpel to make television a much prettier place in which to operate.

Lance Avery Morgan: You’re the new hotshot partner in the T.V. world’s coolest medical practice. What’s it like to be the new guy on the block in a series that has already achieved so much acclaim?

Bruno Campos: It's somewhat daunting because I know this show is plugged directly into the pop-culture current. Right into that socket. And beyond that, the scripts each week make your eyes pop out. It's a great challenge. So I have to say, this is the best and most interesting time of my career.

Onscreen, the show’s doctors always ask their patients to “tell me what you don’t like about yourself.” How do {you} feel about plastic surgery?

I guess the same way I feel about cloning. There's a valuable tool in there, but you know, there's also a horrific Nazis-opening-the-ark-at-the-end-of-Raiders doom cloud, too.

The series is a departure from playing a sitcom role like you’ve done before. Is doing a drama a way to stretch your acting skills?

You know, I don't really seek out drama versus comedy. I seek out roles and projects that I connect with and where I feel I have something alive to add to the mix. 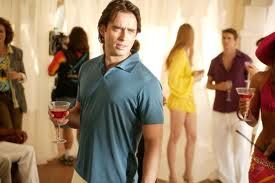 People magazine named you one of its sexiest men alive. What did that do to your life? Better tables at restaurants? More girls falling over you than usual?

You'd think, right? But let me say, my friends wouldn't let me hear of the end of it. They kept buying me little mirrors and key chains with I'm hot stuff written on it, and sending me pretend filthy fan mail. Let’s put it this way, no one let me get too cocky about it. Those bastards.

What makes someone sexy to you?

The sexy gear only kicks in if you relax and stop trying… and just enjoy yourself a little. That's it. I can't say it any simpler or more honestly than that.

Who were some of your acting heroes growing up? Did they use dynamite?

Paul Newman was my all-around hero because of his range, his roles, his humor, and his personal humanitarian work. No one’s ever came close to him for me. I used to watch his films in rotation. The Hustler, The Sting, The Verdict, Color of Money, Butch Cassidy and the Sundance Kid, Absence of Malice, Nobody's Fool. Repeat. I've idolized very few people my whole life. Newman was one of them.

And you’ve even done Shakespeare. Tell me about that.

Most of my training was classical. I trained like a maniac for seven years. I think I'd read something like 20 of Shakespeare’s plays by the time I was 16 years old. Many people think of Shakespeare as some languid, lyrical skip in the park. But the guy was the Spielberg of his day. His war stories had the same vicious immediacy as Saving Private Ryan. The same ferocity as Gladiator. He was daring. Othello was a black general marrying a senator's daughter. And this is 400 years ago! If you see most Shakespeare plays, and they don't shake you with their sexuality, violence and human honesty the way a great movie does, then it wasn't done right.

I’ll definitely go re-read Hamlet. On to your life away from the camera…you’re this hot shot actor in L.A. What does a guy like you do for fun when you’re not working 18 hours a day on set?

I travel. To me it's the absolute best thing you can do with your spare time and money. I recently went to Morocco with my 72-year-old dad. What a beautiful country and what a sport he was to have joined me. I think I'll remember that the rest of my life.

And I hear you’re a Harley-riding guy, too.

I can't pretend it's not the coolest thing on the planet. I'm embarrassed by how much I love riding my bike. Yet, the most awesome feeling I've ever had was skydiving. I'd never felt anything like that. It was like being an asteroid and shooting down to the earth. Being on a bike is like that, except you get to sit and tell it what to do.

Tell me about fashion. You always look like a million bucks in clothes. Personal style or stylist’s style?

Trust me, I think my style is unimpressive. I like wearing a suit once in a while, going to a fancy place, acting like I'm Bond. James Bond. But my day-to-day is old jeans, a faded T-shirt, and boots. Brando, Dean and Newman made that look. And it gave all of us men an excuse to knock it off.